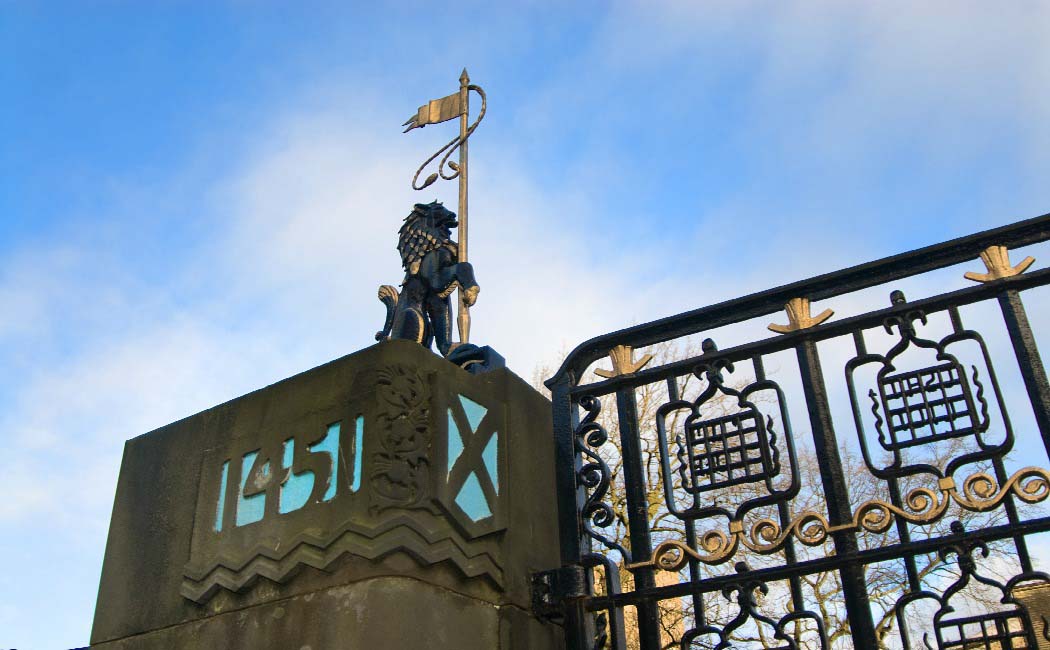 The names of Donald Dewar, first Scottish First Minister and former Labour leader John Smith were added to the gates on the University’s 550th anniversary in 2001, in recognition of their status as outstanding University figures of the late 20th century.

Located beside the gates is our Memorial Garden, commemorating members of the University who died in World War 1, and The Hunter Memorial, which was unveiled in 1925 to honour former student and benefactor William Hunter, and his brother John Hunter, a respected anatomist who founded a second Hunterian Museum in London.