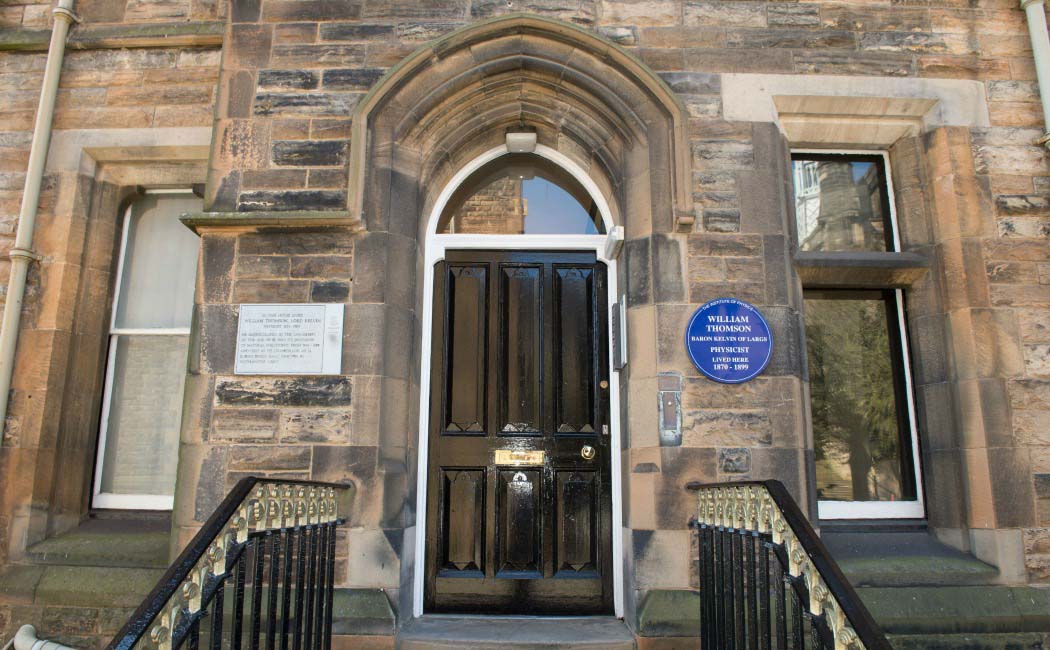 Lord Kelvin’s House (11 The Square), was the home of the renowned physicist Sir William Thomson, Lord Kelvin, from 1870 until his retirement in 1899. It was one of the first houses in the world to be lit entirely by electricity.

Lord Kelvin earned international acclaim for proposing an absolute scale of temperature now known as the Kelvin Scale. He was equally well-known for his pioneering research in the fields of mechanical energy and heat, his invention of the Kelvin Compass and sounding machine, and his work on the transatlantic
telegraph cable, sending the world’s first wireless telegram.

He was both the youngest and oldest matriculated student of the University, first registering as a student when he was only ten years old, and again when he retired at 75.