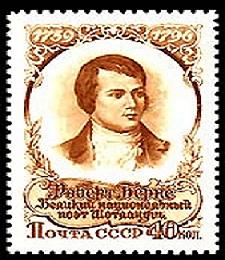 The Global Burns Network was developed with support from the Arts and Humanities Research Council in the UK in 2007. Directed by Professor Murray Pittock, and drawing on the expertise of colleagues in England, Scotland, Ireland, Catalonia/Spain, the Czech Republic, France, Germany and Canada, its aims are as follows:

The Global Burns Network is linked to two main conferences, at Edinburgh (Robert Burns in Global Culture, 22-23 January 2009) and Prague (Robert Burns in European Culture, 6-8 March 2009), as well as a series of other events in Europe, China and North America (see Countdown Burns 2009). It will encourage not only scholarly publication on Burns, but a greater awareness and interest in

The Global Burns Network is a project supported by the Centre for Robert Burns Studies at the University of Glasgow and the AHRC.

The AHRC funds postgraduate training and research in the arts and humanities, from archaeology and English literature to design and dance. The quality and range of research supported not only provides social and cultural benefits but also contributes to the economic success of th UK. For further information on the AHRC, please see our website www.ahrc.ac.uk.