The study "Proving the viability of an electrochemical process for the simultaneous extraction of oxygen and production of metal alloys from lunar regolith" published in the Planetary and Space Science may open up a new way for providing life support on future Moon mission. The project is a three-way collaboration between the University of Glasgow, the European Space Agency and Metalysis, a UK company based near Sheffield. The student who is doing this work (Beth Lomax) is currently  on secondment at ESA's European Space Technology Centre in the Netherlands.

Dr Mark Symes (who led the team in Glasgow) says, "The project uses artificial moon rock ("lunar regolith simulant") that is designed to be a fairly accurate approximation to "typical" lunar soils. We then take this regolith simulant and place it in an electrochemical cell in molten calcium chloride at about 900 celsius. The electrolyte salt is molten at this temperature, but the regolith is not. We then pass current through the regolith. This has the effect of reducing the regolith (which is basically a mixture of silicon, titanium, aluminium, iron and calcium oxides, plus a few other oxides) down to metallic alloy products, whilst at the same time oxygen is evolved at the anode of the electrochemical cell. The oxygen is the primary objective of this work, as it could be used for astronauts to breathe and also for oxidants in rocket engines. Transporting oxygen from Earth is currently very expensive and difficult, so being able to make the oxygen in situ (on the moon or other planets) would therefore be a big boon to human exploration of these bodies."

Dr Alexey Ganin (a materials chemist at the School of Chemistry) adds, "Meanwhile, the reduced alloys might find use in construction on the moon, possibly as powders for in situ additive manufacturing." 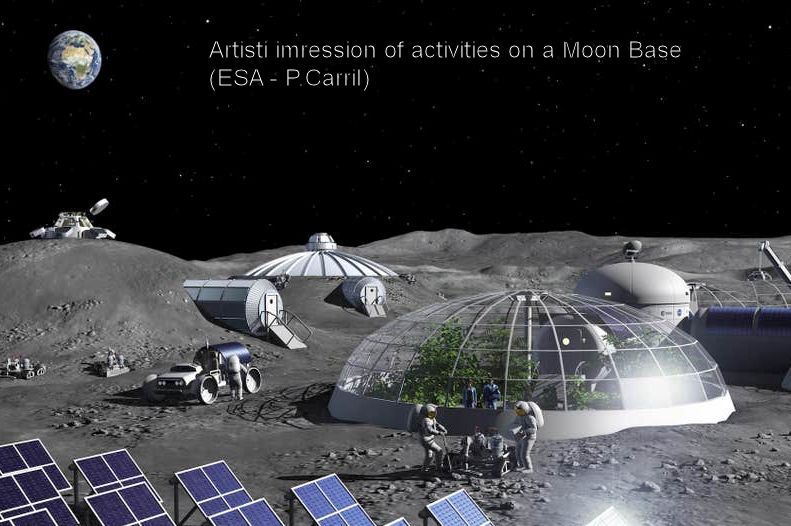