History of Art has been awarded more than EUR100,000 by the European Commission and the University of Glasgow within the EU-funded collaborative project European Collected Library of Artistic Performance (ECLAP), ICT PSP Grant Agreement No 250481. The goal of the project is to contribute to the aggregation of digital content through the cross-domain portal of Europeana 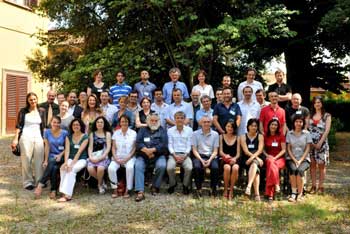 The richness and value of the European performing arts heritage is unquestionable. While content is now being digitised and published online, access remains fractured and scattered. Furthermore, there is no coordination between the digital libraries and theatre domains. ECLAP will better this status quo by building a network of theatrical institutions, archives and umbrella organisations.

A substantial body of digitised content (more than 1 million items) will be selected and made accessible via Europeana and ECLAP. Content selection policy is defined by leading academics and includes managing legal aspects and alignment with Europeana Licensing. Complementary content will be provided by either linking to external sources and by submissions from end-users; notably scholars, students, curators and fans of performance art.

Best practice guidelines will be drafted in targeted working groups and disseminated widely. They cover key areas such as mapping of relevant metadata standards, integration of end-user contributions, semantic enrichment and the implementation of the FRBR model to define the relation between conceptual entities.

The technical infrastructure will be based on the well-tested components such as: the open source AXMEDIS platform, open standards as XML, RDFS, OWL, SPARQL and SKOS. Web Services API's allow third parties and applications to access the ECLAP services. Multilingual access will be provided in at least 12 languages by machine translation and by taking advantage of linked open data sources.