Copyright law has struggled to keep up with the remarkable changes brought about by the digital revolution. With growth in the UK’s creative sector outstripping the wider economy, it is vital that legislation enables rather than hinders the creators and innovators who drive this industry.

The RCUK Centre for Copyright and New Business Models in the Creative Economy (CREATe) provides clarity and guidance for a sector facing constant and fundamental change. It works to ensure that the creative and cultural sectors understand the opportunities for exploitation as well as creative reuse.

“CREATe’s core concern is the future of creative production, and in particular the relationship between law and digital innovation. What is the role of copyright, among alternative modes of identification, appropriation and finance? Creative industries are becoming a subset of data intensive industries. All online behaviour is potentially observable, and whoever controls this data infrastructure will have a stake in the creative economy that is very different from the role of earlier cultural intermediaries.”

Conventionally, content was consumed, but now these ‘consumers’ are playing a more active role (for example creating playlists, retweets and user-generated content) and content is targeted based on the demographics of users.

CREATe revealed the emergence of a ‘platform economy’ in content exchange, where the creative ecosystem is now increasingly organised around platforms that link multiple social groups through mobile access and social media. In countries which leapfrogged to mobile technology, such as China, creative content is increasingly financed by the internet majors. They no longer act as distributors. For example, new consumer-led literary genres have been absorbed into mobile subscriptions, supplemented by micropayments.

"The creative industries are changing dramatically. Digital disruption does not affect only the processes of production, distribution and consumption. In a much more fundamental way, firms investing in these industries are interested in the data generated by consumers rather than the actual consumption".
Professor Martin Kretschmer

Professor Kretschmer stresses how important it is to understand the interface between copyright law and algorithms (that may predict the content served). Artificial intelligence relies on large amounts of data, and these come from human activities on platforms that are social and cultural – the traditional domain of the creative industries.

How do these evolving relationships fit with current laws? CREATe has contributed to copyright reform processes at UK, European and International levels. In one example, CREATE’s collaborative research on the use of parody from music videos led to the introduction of an exception for parody into UK copyright law.

Everyone is now a potential digital content creator and publisher. This has led to a rapid rise in small-scale digital creators who may not have the time and resources to understand and apply seemingly impenetrable copyright laws. This lack of knowledge about their rights and responsibilities can leave many exposed.

To ensure these content creators could make informed decisions about their work in relation to copyright law, CREATe developed a digital resource: CopyrightUser.org. The site provides independent and accessible copyright guidance for the creative, cultural and education sectors.

Since its launch in 2014, the resource has become the UK’s most visited copyright guidance site. With over 250,000 users, the user-friendly site responds to the need for independent, authoritative and accessible copyright guidance. It has now established itself as the main point of reference for everyone looking for copyright guidance within the UK creative industries, cultural heritage organisations, and the education sector. A large number of cultural and academic organisations link to CopyrightUser.org. The resource is listed by the European Audiovisual Observatory and Ofcom (2016 & 2017) as one of the top five Media Literacy projects in the UK. It was featured in Mike Weatherley MP’s report to the Prime Minister on copyright education and awareness (October 2014), and also promoted by the AHRC in Impact Reports.

CREATe has achieved international leadership very quickly. It has played an important role in leading thinking, sector collaboration and scholarship within this emerging field. Now at the end of its initial 5 year funding the Centre has been awarded additional funding from the AHRC for a national network on copyright and innovation (CIN), and co-creation activities around digital access to cultural heritage. Partners include the British Film Institute (BFI), lottery funded partner IntoFilm, UK Intellectual Property Office, National Library of Scotland, Authors Licensing and Collecting Society (ALCS), Scottish Games Industry Network and the Digital Catapult. CREATe is committed to connecting the best researchers in law, technology, social sciences and humanities with new opportunities in the creative industries. 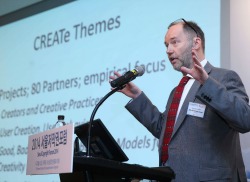 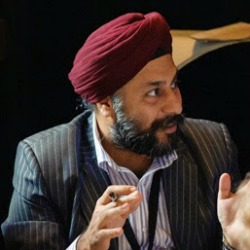 Dr Sukhpreet Singh is a Senior Lecturer at the University of Glasgow and CREATe Programme Leader. He is also the Director of the MSc / LLM in IP, Innovation & the Creative Economy programme. His research on market based approaches to IP protection and exploitation, funded by ESRC, by industry, and by government grants, has been recognised internationally and has had impact on professional practice through publications, reports, and training seminars.