This specimen is from the collection of the anatomist and physician Dr William Hunter who bequeathed his collections to the University for research and teaching. The identity of this insect specimen was unconfirmed when the cabinet label in the photograph was first written. It tells us only that it originated from Equinoctial Africa and was collected by Henry Smeathman (1742-1786). Smeathman was an English naturalist who was paid to travel to Sierra Leone to collect and send back specimens to Europe to enrich scientific understanding. He and his insects travelled back to Europe via the West Indies aboard a slave ship. 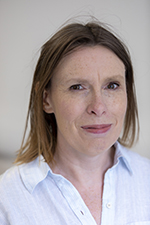 “In the 18th century, British entomologists carried out important research on the natural history of tropical insects. However, their methodologies were often exploitative, ignorant and inhumane. Today strict codes of ethics govern our work. Equitable partnerships with African scientists, communities and institutes are essential. It is not widely known that the founders of my discipline were involved in the slave trade in such a direct and disgraceful manner. This should be acknowledged and addressed as we seek to move forward.”