David Smith’s Plan of the City of Glasgow and its Environs with all the Latest Improvements
Glasgow: Wardlaw & Co., 1828.
University of Glasgow Library, Case Maps C18:45 GLA20

This map provides a wealth of information on the city at a time of great industrial expansion. When this map was drawn, slavery was still legal even though the British Government legally abolished the transatlantic slave trade in 1807. Many of Glasgow’s street names reflected this Atlantic trade. In addition to the obvious names like Jamaica Street and Virginia Street, the names of many slave owners are on street signs in recognition of their wealth and status in the city. 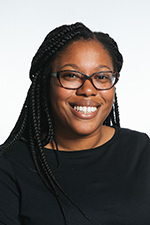 “Looking at the growth of Glasgow through maps reminds me of how much the city grew and changed over the long 18th century. Framing these changes as ‘Latest Improvements’ makes me slightly uncomfortable, because as suggested by the streets named after merchants and colonial places, these ‘improvements’ were accomplished by slave money. But, I am incredibly hopeful, because the map shows that the city itself can be a teaching tool, and that Glasgow’s ‘hidden’ slave histories can be uncovered with every step taken.”