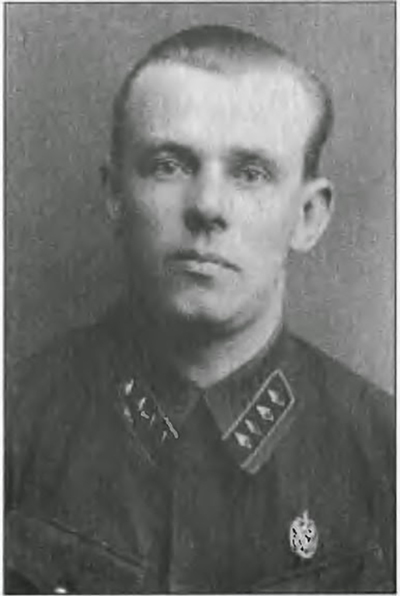 Eikhmans was a former Latvian rifleman, who joined the Cheka, the Soviet state’s secret police in 1918. In 1923 he became the head of the administration and vice-director of the SLON, maintaining this position until 1929 and even working as Director for short periods.

In 1929 he was transferred to Moscow, where he became the head of the 3rd Special Office of the OGPU and in 1930 he became the first ever Director of the Gulag, the central administration organisation from which the camps took their name.

In 1930 Eikhmans left the capital to organize the Vaigach expedition, the establishment of a new camp system on the Vaigach Islands in the Arctic Sea. A victim of Stalin's 'Great Terror', Eikhmans was arrested in 1937 and executed on 3 September 1938.