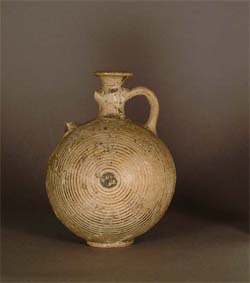 What can objects tell us about their original cultures? People have always been moving since the beginning of times and, with them, they also carried their stuff! An example? An alabaster jar kept at The Hunterian was produced in Egypt but archaeologists discovered it in Palestine. Other vases, now in the museum, were made in Cyprus but uncovered in the Egyptian sands. This was the 2nd millennium B.C. in the Eastern Mediterranean: an era of internationalism, the first ‘globalized’ economy of exchange.

My project will lead you on a journey of these artefacts! And with it, we are going to explore the people behind them: who produced them, who used them and how? What did these objects mean to the original and the ‘adoptive’ cultures? 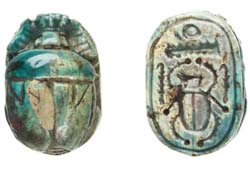 Follow highlight objects from The Hunterian and take a journey with them around the Mediterranean! The ‘exhibition’ will start at the Archaeological section in The Hunterian Museum and continue on your personal device: a digital display will show you the function and meaning of each artefact in its cultural context, and give you the opportunity to engage with the past!