The Known and the Unknown: Revealing the designers of the Stoddard-Templeton collection 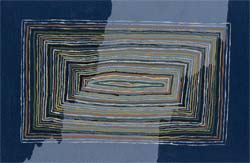 The Stoddard-Templeton collection, now held by the University of Glasgow Archives, includes a large and visually exciting set of original design works on paper, which date from the late nineteenth century and fill several hundred portfolios. The creative quality and range of these works essentially chronicles the development of surface pattern design throughout the twentieth century, making it a unique document that witnesses the relationship between the companies who created it and the history of European textile design.

The majority of the designs within the collection were produced by carpet manufacturing companies A.F. Stoddard and James Templeton during the last century. James Templeton and Company became one of Britain’s most prestigious carpet manufacturers and gained a worldwide reputation. This successful Scottish company was not only capable of undertaking large, international commissions, but also of contributing carpets of renowned quality to the domestic market. The work within the collection was produced by the companies’ in house design staff and commissioned from other British and European designers, including Marion Dorn, Enid Marx, Hélène Gallet, and Mary Quant. 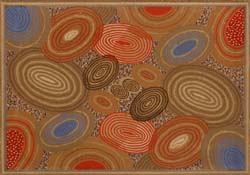 The aim of the project is to concentrate on these works on paper and reveal more about the known and unknown designers who contributed so much to the reputation of these companies. It also presents an opportunity to discover more about the working practices of designers, and how they became involved with the companies. The identification and dating of their work will enable it to be compared with British and European trends in textiles and interiors of the period, and establish what may have influenced their design ideas. In order to create wider accessibility to the breadth and quality of this remarkable Scottish collection, the project will also create an online presence that can present selections of design work, accompanied with profiles of the designers.

Revealing the Designers of the Stoddard Templeton Collection