The Poem That Time Forgot 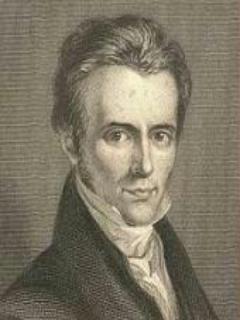 In 1827, an epic poem entitled The Course of Time was published to great acclaim and admiration. The author was Renfrewshire-born Robert Pollok (1798-1827), a divinity graduate of the University of Glasgow who grew up on a farm situated between Newton Mearns and Eaglesham. The Course of Time was immensely popular, with up to twenty-five editions printed over the course of fifty years. Edinburgh-based publishers William Blackwood & Sons sold over 60,000 copies which was an immense feat for any publishing house in the nineteenth-century.

The poem covered grand themes, from biblical ideas of the Apocalypse to Scottish Romantic philosophies. At one point, it even cryptically refers to Scotland’s national Bard, Robert Burns, who died only two years before Pollok’s birth. In 1900, a memorial was erected outside of Newton Mearns to commemorate Robert Pollok’s achievements. However, 190 years after it was first published, The Course of Time and Robert Pollok have been all but forgotten. Why is this the case? 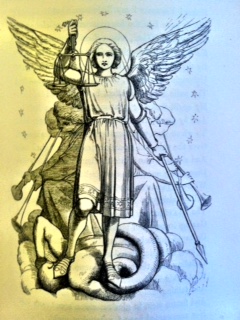 We will explore the themes of the poem and how they represented social and theological situations of the time. We will also look at audience reception; who was reading the poem and what made it so popular at the beginning? With access to letters, documents and publishing archives from the University of Glasgow’s Special Collections and William Blackwood & Sons, we will trace the critical reception of the various editions, analyse why Blackwood’s stopped publishing the poem, and examine why both the poet and the poem fell into relative obscurity after the beginning of the twentieth-century.

Secondly, we will “reintroduce” Robert Pollok and his collected works back into Scottish national memory by giving talks to local historical groups, giving an Insight talk at the University, and holding a reading of the poem at an evening reception. We are also going to tweet a line of the poem every day, which you can follow at @TheCourseOfTime to promote discussion and understanding of the epic poem.

Robert Pollok is an important figure in the history of Glasgow and Renfrewshire, and this Hunterian Associates Project recognises that and will bring him back to the forefront of literary and theological discussions.