The Glasgow Health Revolution in the 19th Century 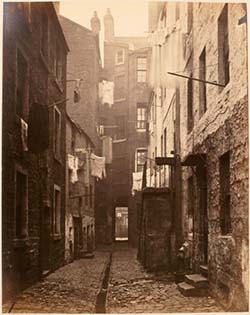 "..in the very centre of the city there is an accumulated mass of squalid wretchedness which is probably unequalled in any other town of the British dominions," Captain Miller, the Chief Constable, 1840.

“..both the structural arrangements and the conditions of the population of Glasgow was the worst of any we had seen in any part of Great Britain “ Mr Chadwick, Secretary to the Poor Law Commissioners, 1842.

The industrial revolution brought wealth and prosperity to the city of Glasgow, transforming the relatively small town into a powerhouse of the British Empire. The middle and upper classes reaped the benefits of commerce through the development of industries such as textiles. Shipbuilding and engineering brought good wages and decent living standards to many of the skilled working classes. Glasgow became known as the second city of the empire.

‌The city’s industrial growth and prosperity hides the bleaker tale of Glasgow’s unskilled working class. The population of Glasgow swelled during the 19th century. People flocked to the city, especially from the Highlands and Ireland, seeking employment. Despite the growth of various industries the number of unskilled workers was greater than the available jobs. The high demand for employment led many employers to pay low wages. Furthermore, the city’s housing did not grow to accommodate the surge in population. Little or no income resulted in poor housing conditions, overcrowding and deprivation. Disease and death inevitably followed. 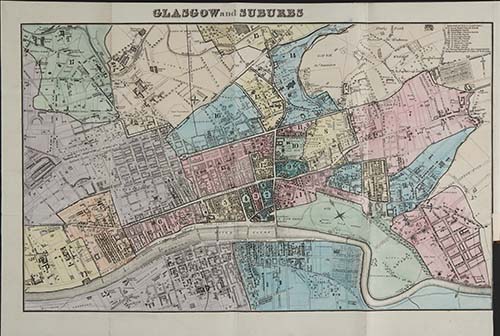 Robert Perry, a University of Glasgow graduate and a district surgeon (doctor) at the time, was the first to suggest a link between poverty and disease as he attempted to quantify and map the health of Glasgow. Subsequently, James Burn Russell, who later became Glasgow’s first medical officer, believed irrevocably in the relationship between poverty and ill-health campaigned for better housing and sanitation. The health of the city underwent a revolution not unlike its industrial counterpart. Their commitment to Glasgow’s health resulted in halving of the number of deaths from disease in the city. This study has looked at the changes of Glasgow’s health during the 19th century through the work of Perry and Russell.