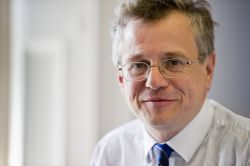 Murray Pittock FRSE is Bradley Professor and Pro Vice-Principal of the University of Glasgow. Outside the University, Murray is Scottish History advisor to the National Trust for Scotland and an advisor to the National Galleries as well as other organizations. He has strong international links including standing assessor roles on overseas research councils and has worked closely with government on policy issues, including convening a national champions group for the Curriculum for Excellence in Scotland. He has previously led or participated in a number of Burns-related projects, including The Global Burns Network, Inventing Tradition and Securing Memory: Robert Burns Beyond Text and Editing Robert Burns for the 21st Century. In 2002, he was British Academy Chatterton Lecturer in Poetry, and his lecture on ‘Robert Burns and British Poetry’ was delivered in London, Edinburgh, Oxford and other locations across the UK. His Burns-related books include Scottish and Irish Romanticism, Robert Burns and Global Culture, The Reception of Robert Burns in Europe and the first ever full edition of The Scots Musical Museum (2 volumes, 2018). He is the General Editor of the works of Allan Ramsay, and holds the £1M AHRC award for the 2018-23 Allan Ramsay Project; he is also Principal Investigator of the EPSRC-AHRC Scottish national Heritage Partnership on Immersive Technology design. Murray has held visiting appointments in History, English, Languages, Celtic, Equality and Diversity and Irish Studies at Yale, New York University, Notre Dame, Trinity College, Dublin, Charles University, Prague, South Carolina and other institutions. Murray has made around 1700 media appearances in 55 countries on culture, politics, history and society. 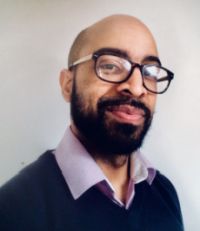 Joel Ambroisine has been appointed research assistant in the project Robert Burns in the Scottish Economy. He is Doctor in Economics from Sorbonne University, Paris.

He is specialised in European development and Local economy. Part of his PhD research was related to various subjects such as Social entrepreneurship, Regional development and Inclusive growth.