Read the transcript of the 21st January 2020 Scottish Parliament debate (from p.57)

Robert Burns and the Scottish Economy is a groundbreaking study led by Professor Murray Pittock for the University of Glasgow, with the support of Dr Joel Ambroisine. The project was commissioned by the Scottish Government following a Member’s debate initiated by Joan McAlpine MSP on 17 January 2018, S5M-09328: The Economic Potential of Robert Burns, and funded by the Scottish Government’s Economic Development Directorate. Economic Impact Assessments of individual writers and cultural figures are a rarity, and it is believed that this study is currently unique in its scope and ambition in the global cultural tourism market.

An estimated 9.5 million people attend Burns Suppers worldwide every year, and the poet himself is an important component of Scotland’s national brand. An earlier outline study economy carried out by Lesley Campbell for the BBC’s David Stenhouse (2003) and by the Moffat Centre at Glasgow Caledonian University (2005) indicated that Burns was worth £157M to Scotland. Since then his brand has been significantly enhanced by an increasing global profile and enhanced visitor facilities, as well as a growing number of Burns-related festivals and produce. Cultural tourism in particular is highly beneficial to the economy, as the evidence suggests that this group of visitors engages more fully and stays longer in a given area. Within the UK, culture tourism in Scotland attracts more visitors than anywhere outside London. Robert Burns Birthplace Museum in Alloway is second only to Shakespeare among UK writers’ museums in its visitor numbers.

The Pittock Report is not only new; it is different. It offers a more comprehensive account of Burns’ role in the Scottish economy in the context of our international footprint and Regional Inclusive Growth and makes recommendations designed to build on that role; it is also intended to be able to act as a template for any future study of the impact of cultural figures on the wider economy. The study is advanced on the basis that Scotland needs to understand the relationship between its culture and economy more fully in order to maximise its leading international position.

The Report evaluates the value of Burns to tourism, festivals, produce and retail and research, together with an initial estimate of Burns’ brand value to the Scottish brand as a whole, and an assessment of the public and social value deriving from Burns. It takes particular account of the contemporary policy context of City Region Deals and the Regional Inclusive Growth (RIG) agenda, particularly in the areas of produce, supply chains, SMEs and connectivity and the future role of Prestwick Airport. It puts the overall annual value of Burns to the Scottish economy at £203M, with a further £139.5M contribution to the value of Scotland itself as a brand, based on a questionnaire with international coverage which asked people how much extra they would pay for Burns-related branding or how willing they were to donate to a Burns-related cause.

Tourism and tourist-related impact makes up some 75% of the £203M total, with Burns-related Festivals being assessed as bringing some £7M of additional economic benefit throughout Scotland. The overall size of Burns-related produce and retail markets was assessed as a minimum of £20M, with the Report highlighting good regional practice in linking food, drink and retail to Burns the brand in Ayrshire and Arran and Dumfries and Galloway, while identifying significant opportunities for improvement for consideration by the Ayrshire Regional Economic Partnership and in Dumfries and Galloway. Some £11M was assessed as being contributed by the impact of the Burns Supper and related activities in Scotland, with a minimum £10M being assessed as Burns’ public value to culture and society.

The Report was launched at the Robert Burns Birthplace Museum at Alloway on 11 January 2020 by Joan McAlpine MSP,  convenor of the Culture, Tourism, Europe and External Affairs committee in the Scottish Parliament. Recommendations arising from the Report were the subject of a debate at the Scottish Parliament on 21 January 2020, led by Joan McAlpine, which received cross-party support.

Read the transcript of the 21st January 2020 Scottish Parliament debate (from p.57)

A Survey on Robert Burns! 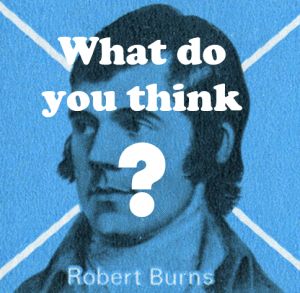 Please help us discover the importance of Robert Burns to you

Robert Burns in the Retail Economy 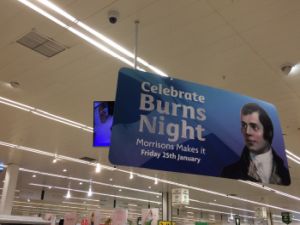 ‌This study takes the form of an assessment impact of Robert Burns in the Retail sector. 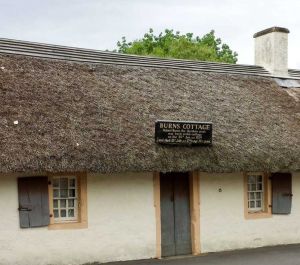 This study takes the form of an assessment impact of Robert Burns in the Tourism in Scotland.

The Art and Cultural value of Robert Burns 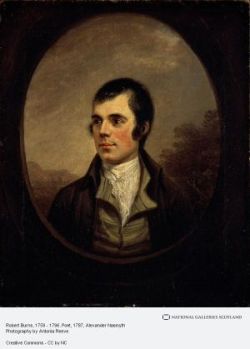 Besides his literary work, it is essential to identify the commercial value of how it is used by others.

The Impact of Robert Burns on Regional Inclusive Growth 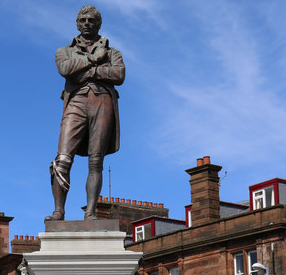 This investigation is supervised by Professor Murray Pittock.

Robert Burns...in the Words of Others