Enlightenment in a Smart City

In December 2018, PI Murray Pittock published Enlightenment in a Smart City: Edinburgh’s Civic Development, 1660-1750 with Edinburgh University Press, as the first book-length output of the Ramsay Project. The book used data and models provided by urban innovation and Smart City theory, to pinpoint the distinctive features that made Enlightenment in the Scottish capital possible, focusing on the role Allan Ramsay played in this and the significant part he took in engaging in new channels of commercial distribution and business development as the first age of analogue data underpinned the rise of the early modern global city as a hub of intellectual innovation in centres such as Amsterdam, Edinburgh, London and Paris. 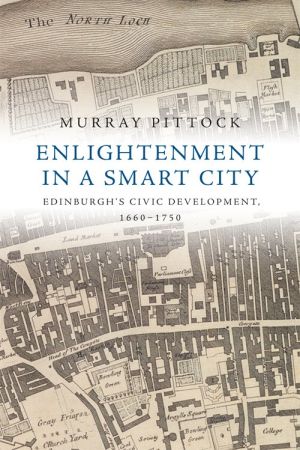 Enlightenment in a Smart City uses contemporary urbanist and innovation theory to explore the rich surviving data from early modern Edinburgh. It is an exciting read, bringing the streets of one of Europe’s most compact capitals to life, charting the lives of lawyers, doctors, teachers, musicians, actors and dancers, the cosmopolitan nature of the city, its migrant communities, health costs and life expectancy. It charts the development of coach services, pubs, the housing market, the art trade and lost dog adverts. It shows that what makes a contemporary city innovative is what made Enlightenment Edinburgh innovative too, and in doing so demonstrates a model that can be used to understand for the first time how Enlightenment happened – and how it might happen again. And it does all this while exploring cultural change through the lived lives not of great thinkers, but of widows, pensioners, entrepreneurs and immigrants, to show us the Scottish capital as it was in the age of Union.

Enlightenment in a Smart City begins by asking:

We need to agree what the Enlightenment was before we know that it happened, and these questions are tackled head on before showing that the nature of the city of Edinburgh itself-its compactness, its settlement patterns, its wealthy professionals and its highly educated and cosmopolitan population- generated the stories and the facts that made the Edinburgh of 1700 the Silicon Valley of its day. From there the book moves to looking at trades, arts, newspapers, publishing, Freemasonry, pubs and clubs, the Dutch, French and English in the city, the University and the churches, the ways they worked and the innovations they produced. This was Edinburgh; this is Enlightenment, because Smart City reveals that a formula for innovative change devised to explain the cities of today works just as well for the cities of the past, and so provides a model for the future.

The themes covered in Enlightenment in a Smart City were the subject of keynote lectures and presentations at the National Galleries of Scotland and UC Berkeley in 2018, and in 2019 at Aberdeen May Festival, the Royal Society of Arts annual conference (June), the National Library of Scotland and Grenoble (September) and Charles University, Prague (November). It was also presented on at New York University, and was featured at Aye Write ! at Glasgow in March 2019 and to a sell-out crowd at the Edinburgh Book Festival in August, also being highlighted for History Book of the Year. 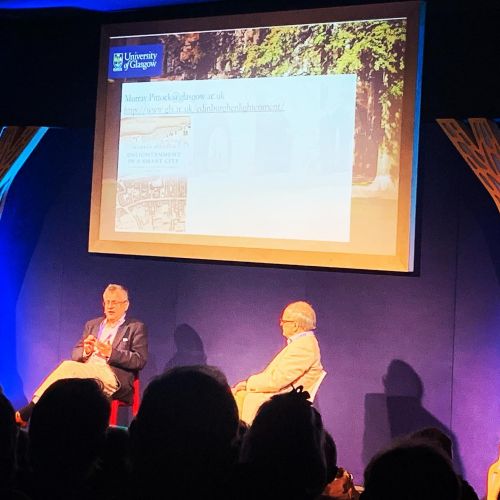 Comments on the work

‘Murray Pittock has now done for Enlightenment what he did for Jacobitism: take something that we thought we knew and show us what it really was’ - Clifford Siskin, New York University & Director, Re: Enlightenment

‘Such an all-encompassing interdisciplinary narrative that there is something here for everyone’- Anthony Lewis, Glasgow Museums

‘…the unique selling point of this book is the application of contemporary research to historical analysis…its contribution to the field cannot be disputed…the depth of analysis…and breadth of material covered overall makes for an enthralling and thought-provoking read…plenty to amaze and amuse’- Helen Young, History Scotland

‘…extraordinarily impressive…there is such richness here it is hard to know what to emphasize…Each chapter is an Edinburgh in itself, so closely packed is it with relevant information…the case Pittock makes is conclusive.’- Andrew Hook, Scottish Review