Most books are available through Amazon. Please support Alumni initiatives whilst shopping online with Amazon by clicking here. Over 5% of any purchases made will be donated to help the University's fundraising initiatives.

JOURNEYS INTO MADNESS: Mapping Mental Illness in the Austro-Hungarian Empire

The book was launched at the Freud Museum, London on 26 June, alongside a screening of a film on Altenberg, by Gemma Blackshaw. Full details.

At the turn of the century, Sigmund Freud’s investigation of the mind represented a particular journey into mental illness, but it was not the only exploration of this ‘territory’ in the Austro-Hungarian Empire. Sanatoriums were the new tourism destinations, psychiatrists were collecting art works produced by patients and writers were developing innovative literary techniques to convey a character’s interior life. This collection of essays uses the framework of journeys in order to highlight the diverse artistic, cultural and medical responses to a peculiarly Viennese anxiety about the madness of modern times.

Original Intentions: Essays on Production, Reproduction and Interpretation in the Arts of China

A new book: 'Original Intentions: Essays on Production, Reproduction and Interpretation in the Arts of China', edited and with contributions by Nick Pearce and Jason Steuber, was launched at the opening of the David A. Cofrin Asian Art Wing of the Samuel P. Harn Museum of Art, University of Florida, on 31st March 2012. Jointly conceived and edited by Nick Pearce, Head of the School of Culture & Creative Arts and Jason Steuber, Cofrin Curator of Asian Art at the Harn Museum of Art and a former Leverhulme Fellow at Glasgow, the essays in the book explore the highly controversial questions of faking, copying, and replicating Chinese painting, bronzes, ceramics, works on paper, and sculpture. The essays take a broad range of approaches to authenticity in the Chinese context, including aspects of conservation, technical analysis, social history, and collecting.

'An excellent survey of scholarship surrounding some of the most fundamental issues in the study of Chinese art. Ranging from Chinese bronzes through Buddhist painting and imperial patronage to the development of the modern scholarly field of Chinese art history and contemporary art, it will be an important resource for many different readers.' -- Shawn Eichman, Honolulu Academy of Arts 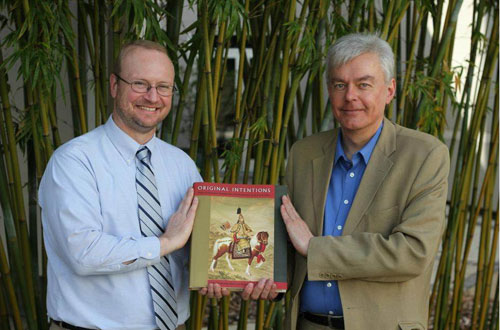 By Genevieve Warwick, will appear with Yale University Press in Fall 2012.

This book forges a new analysis of Baroque illusionism through a study of Bernini’s sculptural ensembles within contingent fields of ritual and theatre.  Its premise is to examine Bernini’s work in theatre and ritual scenographies as a wellspring for his sculpture’s visual effects.  Bernini was not only sculptor, architect, and sometime painter; he was also playwright, set designer, actor, and theatre director. The question of the relationship between art and theatre is key to our understanding of both this artist and the period as a whole.  In addressing a pivotal figure and period, the study will be fundamental to any future work on relationships between visual and performance cultures. The analysis rests on the thesis that theatre was the dominant cultural form of the Roman ‘Baroque’ and therefore shaped all aspects of its social and cultural life, including its art.  Thus, the book reopens the question of the ‘theatrical Baroque’ by framing it in historical terms.

Mapping the World: A Copy of Verbiest’s Kunyu Quantu in Glasgow University’s Collection

Prof. Nick Pearce’s latest publication focuses upon a copy of a rare Map of the World in the University’s Hunterian Museum, produced for the Kangxi (1662-1722) Emperor of China by a Jesuit working at the Chinese court, Ferdinand Verbiest (1623-88). Kunyu quantu, as it was named, was completed in 1674 and produced as a massive woodblock printed double hemisphere stereoscopic projection totalling in size to 180x430cms. The Map shows the five continents as they were known at the time: Asia, Europe, Africa, America and Magellanica (the uncharted south part of the globe shown as a large landmass) and includes information on mountains, rivers, peoples and relevant facts particular to regions and countries, together with an array of real and mythical creatures familiar to the European map-making tradition of the 16th and 17th century

The paper discusses the iconography and construction of the Map and also its provenance, for the research led to the uncovering of its history which connected it not only to the founding collection of the Hunterian, that of Dr William Hunter (1718-83), but also to the Jesuits in Beijing during the 18th century, through whose offices the Map came to Europe. Copies of the Map are rare with only some dozen examples surviving in public collections worldwide and the Hunterian Map is likely to be the oldest example with a direct provenance to China.

The paper appears in a collection of essays published by the Verbiest Institute at the University of Leuven, which details Jesuit interactivity with China from the 17<sup>th</sup> to the 19th century. The Map of the World is on display in the Hunterian Museum.

Spanish Art in Britain and Ireland, 1750-1920: Studies in Reception in Memory of Enriqueta Harris Frankfort

Dr Hilary Macartney is co-editor of a new book which is the first study wholly devoted to reception of Spanish art in Britain and Ireland. Examining the extent and sources of knowledge of Spanish art in the British Isles during an age of increasing contact, particularly in the aftermath of the Peninsular War, it contains contributions by leading scholars, including four essays by Dr Macartney. Focusing on Spanish art from the Golden Age to Goya, these studies chart the growth in understanding and appreciation of the Spanish School, and its punctuation by controversies and continuing distrust of religious images in Protestant Britain, as well as by the successive 'discoveries' of individual artists - Murillo, Velázquez, Ribera, Zurbarán, El Greco and Goya. The book publishes important new research on art importation, collecting and dealing, and discusses the increase in access to and scholarship on works of art, including their reproduction through both traditional prints and copies and the newly invented photographic methods.