This Festschrift for Prof. Margaret F. MacDonald is to honour what Whistler surely would have called ‘the experience of a lifetime’. This compilation of essays presents a wide range of connections to Whistler, building on the huge body of research and knowledge gathered by Prof. MacDonald.

Treasures of the Oriental Museum

Professor Nick Pearce has contributed to a new book to celebrate the 50th anniversary of the founding of Durham University's Oriental Museum. With contributions from international scholars in the field of Chinese, Japanese, Korean, Near Eastern and Ancient Egyptian art, the book provides an introduction to the Museum's history and highlights some of the many gems in the collection. Best-selling author Bill Bryson has contributed a Foreword to the book.

Beneath the Skin: the Sculpture of Garth Evans

Beneath the Skin: the Sculpture of Garth Evans, edited by Ann Compton with Sam Cornish and Robin Greenwood, texts by Ann Compton, Richard Deacon, Garth Evans, Anna Lovatt, Clarrie Wallis and Jon Wood with a preface by Caroline Douglas, book published by Lund Humphries to coincide with a retrospective exhibition at Longside gallery, Yorkshire Sculpture Park, 16 March-19 May 2012

The Life and Career of Lippo di Dalmasio

Published to coincide with the exhibition of the same name.

Available from the National Galleries of Scotland and Thames and Hudson. Click here for more information about the exhibition.

Prof Nick Pearce has contributed an essay to a new book on pioneering photographer John Thomson's (1837-1921) work in China between 1868 and 1872. Thomson made his name with the photographs he took during his extensive travels through China and many of them have become well-known images. With a dual English and Chinese text, the photographs used in the book are those produced from Thomson's original glass negatives held in the Wellcome Library in London. William Schupbach, of the Wellcome Library and Tong Bingxue and Zhou Xun also contribute essays.

The book accompanies an exhibition of the same name which will visit Hartlepool in late 2010 and the Burrell Collection in Glasgow in 2011, having already been exhibited at the Merseyside Maritime Museum in Liverpool and touring China last year.

Recent publications by members of the History of Art department include: 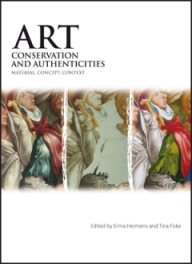 The Discovery of Spain - British Artists and Collectors: Goya to Picasso 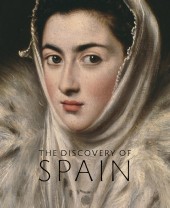 Royal Academy in conjunction with Nottingham Castle Museum and Gallery