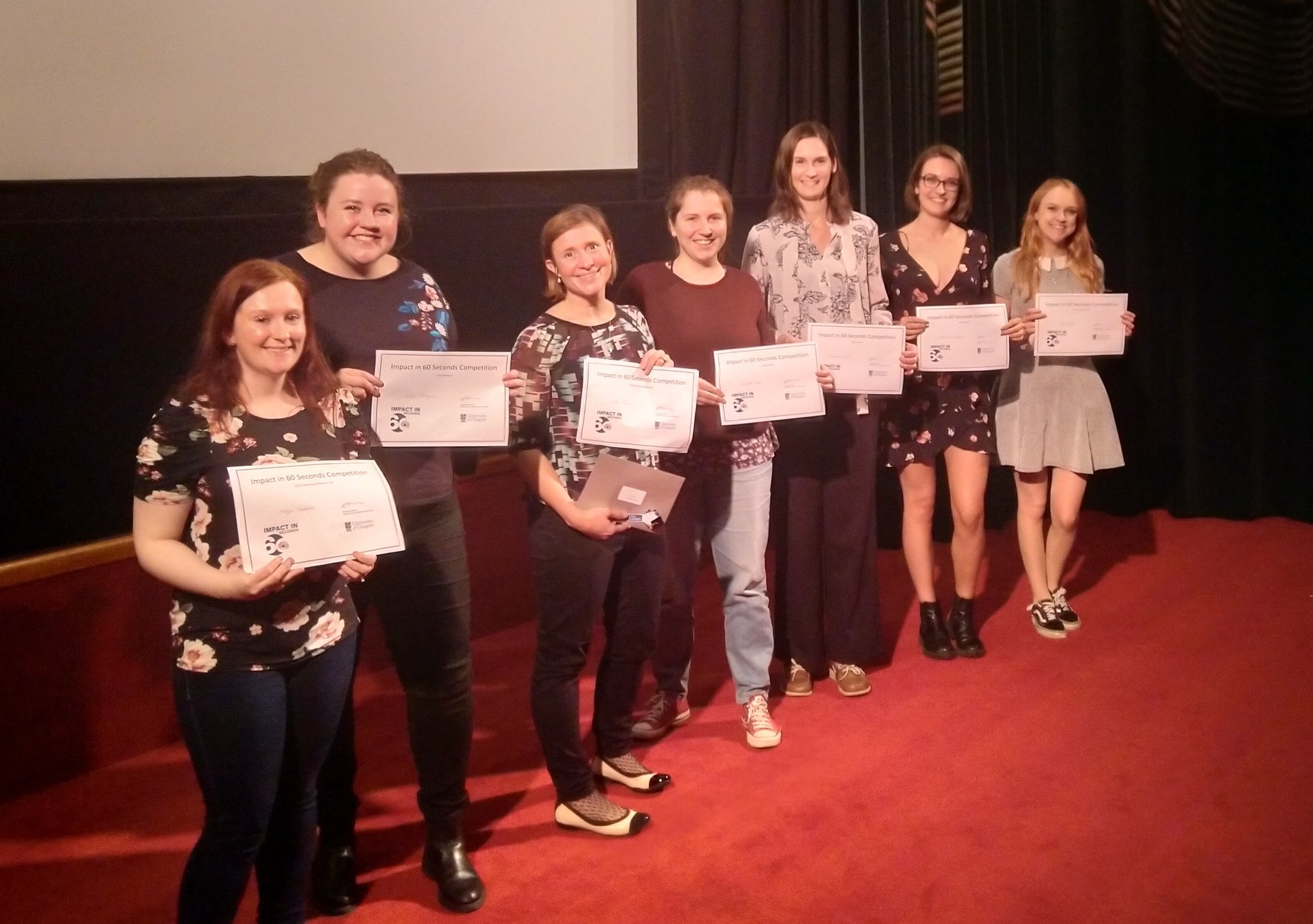 Institute of Infection, Immunity & Inflammation PGR student Caitlin McManus made the finals of the University's Impact in 60 Seconds competition with her video 'Wilbur the Worm'.

Impact in 60 Seconds challenges researchers to explain their research in a minute-long film that could be understood by a non-scientific audience.

The competition was first held within the Medical, Veterinary & Life Sciences (MVLS) in 2015, and repeated in 2016 and 2018 before it was this year extended university-wide for the first time.

Particpation was open to postgraduate researchers active in a PhD, MPhil or MRes or any other research programmes whose degrees are at least two-thirds research, and Caitlin entered the contest to spread the work of the Maizels' Lab.

They use Heligmosomoides polygyrus, a mouse helminth, to alter the immune response and hope that the molecules produced by the worm known as H. polygyrus excretory/secretory products (HES) can be used to suppress the immune responses associated with autoimmune diseases in humans, such as IBD.

Caitlin's 60-second animation used the character Wilbur the Worm to convey this complicated concept in a simplified way that makes it accessible to everyone.

This video, embedded below, was exhibited at this year's awards event was held at the Glasgow Film Theatre (GFT) in front of an audience that included friends, family - and judges UofG alumni Carla Brown (PhD, founder of Game Doctor) and Gerry McCusker, (founder of Dog Digital), Professor Kevin O’Dell (Dean of Public Engagement), and Dr Jane Draycott (Lecturer in Classics).

Caitlin said: "I entered the Impact60s competition to spread the word about how helminths can also have a good side and that helminthology is not all about the diseases caused by worms but also the study of how worms affect our immune system and harnessing this potential for therapeutics.

"Wilbur the Worm was born from my desire to engage with all demographics, from the very young to fellow academics, in a bright and colourful way.

"I’m very proud of how well Wilbur has been received and the love he is getting from the public and academic community. I want to thank everyone for their support and for sharing Wilbur on social media!"