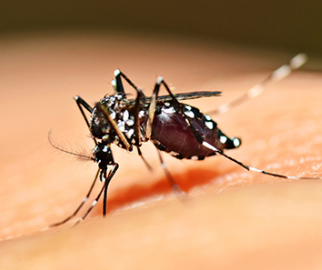 The race against a pandemic

The Zika virus has come to global prominence in the past two years due to its explosive spread across the Americas and its link to microcephaly, which has caused the World Health Organization to declare the virus a public health emergency.

Researchers at the University of Glasgow are spearheading global efforts to combat the virus.

What is the Zika virus?

The Zika virus was first identified in monkeys in the Zika forest in Uganda in 1947 by University of Glasgow scientist Alexander Haddow.

‌The virus is spread by the Aedes mosquito. When the mosquito drinks the blood of an infected person, they can then infect all subsequent people that they bite. Zika’s clinical profile has symptoms resembling the Dengue and Chikungunya viruses, which are spread by the same insect. There is also speculation that the the virus could potentially be sexually transmitted.

The first human case was identified in Nigeria in 1954. Since then, there have been further small outbreaks in Africa, South East Asia and the Pacific Islands.

In May 2015, an outbreak of Zika occurred in Brazil and subsequently spread rapidly across the country and the rest of the continent.

The virus has since spread all over the Americas as well as the Pacific Islands with cases now being confirmed in over 60 countries. Some scientists have warned that countries in Asia could face large outbreaks too.

Effects of the Zika virus

Only one in five people infected with the Zika virus will develop symptoms and these can include mild fever, conjunctivitis, headaches, joint pain and rash.

The virus has been linked to Guillain-Barré syndrome, a rare nervous disorder that can cause temporary paralysis. However, the most alarming aspect of the Zika virus is the potential impact it has on babies developing in the womb and its link to microcephaly.

Microcephaly is a serious and incurable brain defect whereby a baby is born with an abnormally small head. Depending on its severity, microcephaly can be deadly if the brain is so underdeveloped that it cannot regulate the functions necessary for life. For babies that do survive the brain damage, there is a high chance of intellectual disability and delays in their development.

There is now a scientific consensus that Zika virus infection during pregnancy is a cause of microcephaly. The link between the two first became apparent when the Zika epidemic broke out in Brazil and there was a surge in cases of microcephaly across the country.

The Zika virus has been described as a pandemic in progress. There are currently no approved drugs or vaccines for the virus as scientists had long assumed that the virus was benign until this latest outbreak.

There is much still to be discovered about this emerging infection, including why the virus likely causes microcephaly and how and why it spread to Brazil.

As the Zika virus is transmitted to humans from mosquitos, a One Health approach is necessary to fully understand its spread and impact on human health and to develop potential vaccines.

At Glasgow, scientists from an array of disciplines including virology, ecology, neuroimmunology and biology are all working together conducting research on the Zika virus.

Research units involved in Zika virus research include the MRC–University of Glasgow Centre for Virus Research and the Institute of Biodiversity, Animal Health & Comparative Medicine.

In February 2016, Dr Alain Kohl and his team at the Centre for Virus Research were awarded funding by the Medical Research Council to study the presence and epidemiology of the Zika virus in Brazil and to understand how the immune system of people infected with the virus responds to the infection.

As part of this research, genetic techniques are used to support diagnostics and vaccine development studies as well as helping to understand the biology of the Zika virus during infection. This research is being carried out in conjunction with Brazilian colleagues from the Research Center Aggeu Magalhães at the Oswaldo Cruz Foundation in Pernambuco, Brazil.

In June 2016, Glasgow scientists were awarded further funding by the Medical Research Council to continue and expand their work on the Zika virus.

These grants are being used to focus on three areas of research into Zika:

Dr Ferguson said of the funding for her project: "I am delighted that we have received a grant from the programme to work on the ecology of Zika transmission in Ecuador and Colombia, along with partners from three South American universities. The ability of South American countries to effectively respond to the unprecedented recent outbreak of Zika virus is severely hampered by limited understanding of the ecology of the virus' transmission within areas where cases are rapidly expanding. Our project will conduct a comprehensive programme of mosquito vector surveillance and viral genotyping within four South American settings where Zika cases are recently emerging. Studies will be conducted within two South American countries where Zika has been reported but at different frequency: Colombia, where current burden is high (more than 10,000 cases), and Ecuador, where cases are present but have been reported at much lower frequency (less than 100)."

In October 2016, Dr Alain Kohl and his team published a new Zika research paper in PLOS detailing how they had uncovered more about the virus' genomic make-up and how it interacts with its host.

Working with Brazilian partners, the team at the MRC–Centre for Virus Research obtained a Zika virus isolate from a patient in Recife, Brazil. By comparing the genome sequence of the Brazilian isolate with that of a laboratory-cultured virus, they were able to identify a virus-derived molecule that inhibits an important part of the host antiviral system, which could be key to understanding how the virus causes disease.

It was vital to examine this patient-derived virus genome from Brazil in order to have an accurate understanding as to how the virus works in humans. Virus strains that are cultivated in cell culture are problematic as they can mutate or adapt to their environment. The sequencing of this genome therefore helps to show the true pathogenesis of the Zika virus infection and could also be useful for future vaccine studies. 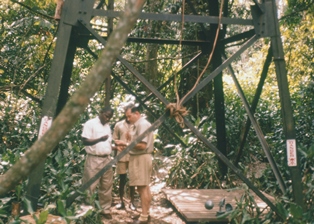 Original discovery of the Zika virus

Glasgow's involvement in Zika virus research can be traced back to the virus' discovery by Alexander Haddow in the 1940s.

During his time in Uganda, Haddow was a key member of the investigative team that originally discovered the Zika virus, which at the time was not perceived to be a threat.‌

Alexander Haddow Zika collection at the University of Glasgow library

Professor Haddow’s original research documents relating to the discovery of the Zika virus were recently uncovered at the University of Glasgow’s archive.

The papers include hand-drawn graphs, annotated mosquito catch tables, slides, images and drawings depicting the forests in Uganda where the Zika virus was first found.