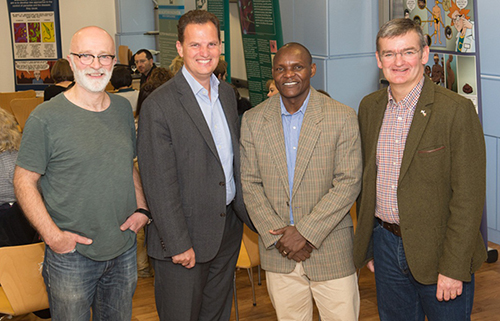 The University of Glasgow is instrumental in developing and supporting scientists working on global health issues across four continents.

Established in 1995 with the University of Glasgow becoming a partner in 2013, the joint centre recruits and trains high-calibre scientists from all over the world in the field of global health. These scientists conduct research in low and middle-income countries in a wide range of specialist areas.

The centre has global reach with scientists based in Malawi, Kenya, South Africa, India, Vietnam and Ecuador. It builds on the Wellcome Trust's experience of supporting researchers in tackling public health issues in environments where disease burdens are highest.

So far the centre has funded 46 individual fellowships and a further 18 clinical PhD fellowships. Many of these researchers are from low and middle-income countries as well as the UK. The centre supports their academic careers by providing them with ongoing mentorship, high quality research opportunities and access to cutting edge laboratory science.

The Glasgow part of the centre is headed up by Professor Andy Waters, Director of the Wellcome Trust Centre for Molecular Parasitology. He is assisted by Dr Annette MacLeod, a Wellcome Trust Senior Fellow and Paul Garside, Professor of Immunology.

Glasgow's Wellcome Trust Centre for Molecular Parasitology has been crucial to the success of the Centre for Global Health Research. Over the past 30 years, it has developed a world class track record in basic research in tropical parasitological research and applied immunology, ecology, molecular cell biology and polyomics to both parasites and their vectors.

Research projects funded by the centre

Glasgow researchers funded by the Wellcome Trust centre are currently engaged in a number of world-leading research areas. This includes research into Toxoplasmosis, a parasite that causes disease at the human-animal interface as well as research into helminth parasites, which cause widespread tropical diseases in humans but also decimate livestock in developing countries.

A key area of research is the work being led by parasitologist Dr Annette MacLeod on African trypanosomes. 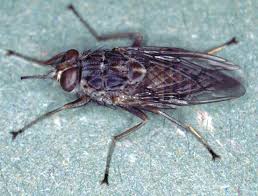 African trypanosomes are single-celled parasites that cause the Nagana disease in livestock and the debilitating and often fatal disease African trypanosomiasis, also known as sleeping sickness, in humans. The microscopic parasite is spread by the bite of a tsetse fly. ‌ The infection begins in a person's blood before spreading to the brain where it causes numerous neurological symptoms, including a disrupted sleep cycle which gives the disease its name. Without treatment, those infected nearly always slip into a coma and die.

Today the World Health Organisation estimates that between 7,000 and 10,000 people are infected every year with as many as 65 million living in at-risk areas in sub-saharan Africa.

The research being done by the MacLeod lab focuses on the Trypanosome subspecies T.b. gambiense, which has overcome human resistance and causes more that 95 per cent of human cases of the disease.

Through using the latest molecular and gene sequencing technologies, Dr MacLeod is aiming to find out which of the genes in the T.b. gambiense parasite enable it to infect humans. By understanding how the parasite is able to overcome human innate immunity, it might then be possible to interfere with it and prevent the disease.

The researchers are also trying to uncover how humans fight the infection. There is great variation in human susceptibility to sleeping sickness; some people are highly susceptible while others are asymptomatic or resistant to infection. Through molecular sequencing, the researchers are aiming to uncover the genetic differences in people that determine the severity of the disease. Likewise, there are also animals that are resistant to trypanosomes. By examining these animals, the scientists are hoping to exploit their resistance mechanism in order to develop a treatment for the disease.

In 2016, the MacLeod group made a significant discovery. African sleeping sickness had previously been thought of as a blood disease but they uncovered that the parasite can actually invade and live undetected in people's skin. This means that people who display no symptoms and have no parasites in their bloodstream can still carry the disease. If these people are bitten by a tsetse fly for a second time, the parasite can be transmitted back to the tsetse fly vector to spread the disease further. As Dr MacLeod states, "these asymptomatic people are the secret reservoirs that keep the disease going". This explains how the disease has evaded elimination for so long.

The potential for disease eradication

The next step for Dr MacLeod and her team is to develop tools to detect the parasite in skin and to identify genes that lead to parasites invading the skin and other organs. Understanding these processes will help to prevent disease transmission, alleviate symptoms and could ultimately lead to the eradication of the disease.

"I aim to understand this new area of trypanosome biology, identifying the genes involved in skin sequestration, and determining the relevance and impact of sequestration for diagnosis, treatment, transmission, pathology and elimination of human trypanosomiasis."

Dr MacLeod is furthering her research with TrypanoGEN, an international collaborative research network that performs high quality research into trypanosomiasis.

Dr MacLeod is part of the Wellcome Trust Centre for Molecular Parasitology at Glasgow, which has been integral to the success of her research so far. She has received over £6 million in funding from the Wellcome Trust.

"Being a member of these institutes and a member of the Wellcome Centre for Molecular Parasitology, has provided a scientifically challenging environment, new ideas and approaches, access to cutting edge technology with parasites, as well as an active outreach programme, adding considerable value to my current fellowship."