Research title: A critical evaluation of the protection of privacy and reputation rights by criminal law

As legal recognition of privacy and reputation rights continues to grow, this research will examine why it is that criminal law does so little to protect these fundamental rights and question whether it should play a more prominent role in safeguarding them. Building on this, the impact of increased criminal law regulation in this area will be assessed with a view to proposing a principled framework for criminal law’s protection of privacy and reputation rights.

Why is this important? Violations of these rights are wide-ranging (e.g. intentional data breaches; disclosure of confidential information; communication of false statements) and the impact of such conduct on those affected can be devastating and long-lasting. However, redress for these harms is typically available not via criminal prosecution, but through potentially costly civil law actions. Access to justice may be difficult in such cases: not only does a civil finding of liability fail to send a statement about the culpability of the wrongdoer in the same way that criminal law does, but the primary remedy is compensation rather than the range of sanctions (e.g. imprisonment; community sanctions) available under criminal law.

While some attempts have been made to protect privacy and reputation rights through the introduction of statutory offences in Scotland, these have been limited, and there has been no specific or principled consideration of criminal law’s role. This research project will fill this gap.

Robbie studied at the University of Edinburgh from 2012 until 2016 and graduated with a Law LLB (Honours) (First Class), before going on to complete a Diploma in Professional Legal Practice, which he was awarded in 2017.

Following this, Robbie began an LLM by Research at the University of Glasgow in January 2018. This LLM(R) was awarded with distinction in 2019. The focus of the LLM thesis was the criminal law's effectiveness in dealing with online sexual extortion in Scotland.

Robbie took up the position of Legal Assistant at the Scottish Law Commission in September 2019 and worked on the Homicide reform project for a year.

Robbie began his PhD at the University of Glasgow in October 2020 and is currently in his first year.

I am primarily interested in the interaction of criminal law and delict, and particularly the criminal law's protection of privacy and reputation rights. 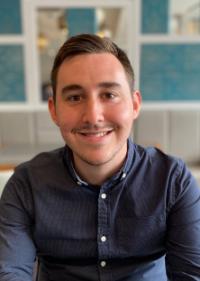