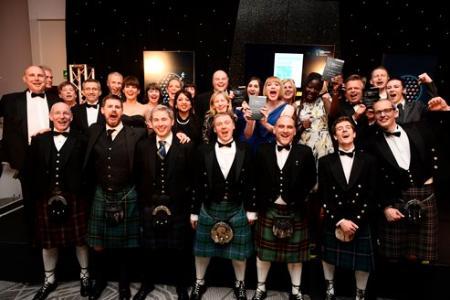 The University picked up a further five category awards as well as a commendation at the awards ceremony last week.

Principal and Vice-Chancellor Professor Anton Muscatelli said: "This string of successes is testament to our institution’s dedication and determination to serve our student and staff community. Deservedly, the judges praised University staff and students for pushing the boundaries. I know that staff and students across our institution are inspiring people and changing the world around them, but it is heartening when these qualities are recognised by a panel of independent judges."

The University was successful in the following categories (click to read Campus eNews features on each of the winners):

This is the second year of The Herald Higher Education Awards in association with the University of the West of Scotland. The awards are supported by QAA Scotland, Universities Scotland, Anderson Strathern, technology provider Jisc, City of Glasgow College, the Scottish Qualifications Authority, media company Absolute and the Scottish Funding Council; they were hosted by broadcaster Sally Magnusson at the Radisson Blu Hotel in Glasgow.

Alastair Sim, director of Universities Scotland, said: "These awards are a fitting recognition for the tremendous work being produced by Scotland's higher education sector."

Anyone who is considering entering similar awards in the future is encouraged to contact the awards team mailbox as soon as possible to benefit from their support and guidance: