Medical student Fergus Taylor was commended at the Herald Higher Education Awards last month in the category of ‘Outstanding Contribution by a Student’. During his third year at UofG, Fergus founded a charity to support medical students in Rwanda, a country which badly needs more highly trained health professionals. 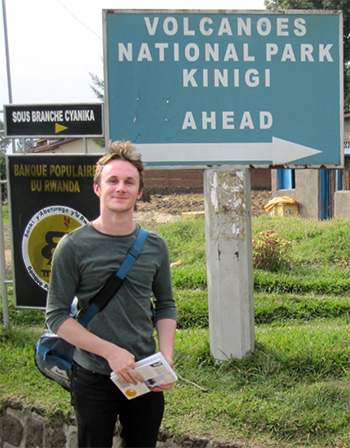 Fergus learned of the challenges these students face from Professor Phil Cotton, who is on secondment from Glasgow as Principal of the College of Medical and Health Sciences (CMHS), University of Rwanda. Speaking at UofG in 2013, Professor Cotton told of students collapsing in class from hunger, or from exhaustion after walking miles to attend. Many are survivors of the Rwandan genocide, who have lost their parents and have few means of financial support. Some have to care for younger siblings while keeping up their studies.

Fergus told Campus eNews: “As well as these stories, I was inspired by the aims of the CMHS, which sets out to create the top healthcare graduates in West Africa. There are a lot of people working very hard there to help students fulfil their potential. I felt Glasgow could be a part of that, and many of my fellow students agreed. We set up Glasgow ARM (Advancement for Rwandan Medics) to help the CMHS achieve excellence, without trying to prescribe how they did that.”

The student-led charity provides financial, practical and moral support to their Rwandan counterparts. “One of my happiest moments”, Fergus recalls, “was authorising the charity's first transfer of several thousand pounds to the CMHS Student Endowment Fund.” This is similar to UofG’s Student Hardship Fund, though in much higher demand.

During a summer placement in Rwanda, Fergus met some of the students whose requests for help had inspired CMHS to create their Endowment Fund. “They were incredibly engaging, insightful and intelligent, and the degree of difference the support had made to their studies was profound. Not having to manage personal difficulties alongside notoriously difficult degrees freed them up to achieve great academic success. 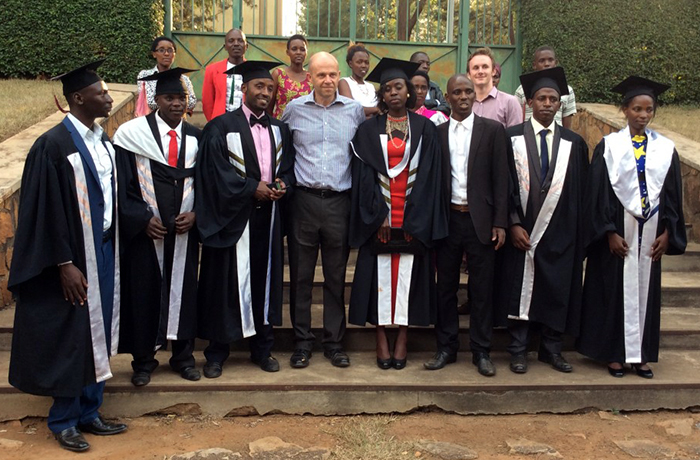 The charity also supplies second-hand laptops. “Many students I talked to had worked on their dissertations using them. Glasgow ARM encourage staff and students to donate used laptops and we get them reconditioned thanks to incredible work by UofG’s IT Services. Then they’re shipped to Rwanda for free with visiting academics.”

Students have also held events from quiz nights to fun runs, and co-ordinated with organisations including the Royal College of General Practitioners to raise funds. As Chairman of Trustees, Fergus has been the driving force behind these efforts.

His future plans for the charity include broadening its support base in Glasgow: “I’d like to see Caledonian University becoming involved, be that staff trustees or a student society like UofG’s Students for Rwandan Medics. The help of other societies, such as MedChir, GUVMA or GDSS would also be an incredible asset.”

An aspiring surgeon from a family of medics, Fergus was fascinated by medicine from an early age. “Grandma studied radiography at the Western and Grandpa was a junior doctor there before going out to Zambia. Mum was a district nurse and I remember travelling with her to check in on elderly patients, and watching her coordinate care for vulnerable people. Her work was so important to the community. She retired early with chronic health issues and was in hospital for surgery many times as I grew up.

“Medical care will be better in the future: technologies and surgical techniques can improve and I’d like to help advance that where I can. When discoveries are made and new medicines developed, diseases that were part of human history can be wiped out. That’s amazing, but even the most routine things like wound dressings or incontinence pads can have a huge impact on a person’s life.

“Medicine is incredible because it’s an area where - sometimes - we can redress the worst unfairness. In some countries, though, the level of care my mother received doesn’t exist, or can be prohibitively expensive. So we have an issue of how healthcare can be accessed worldwide. I think that influenced my need to go into medicine.” 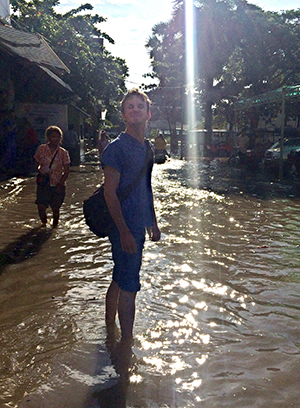 After he graduates in summer 2017, Fergus intends to build up his surgical skills to the point where he can work for an international surgical team, such as Médecins Sans Frontières or Doctors of the World, to tackle health inequalities around the world.

In the meantime, Fergus is currently on a placement at the Children's Surgical Centre in Cambodia. On his return to Scotland he will continue his studies, charity work and involvement with Medsin, Lifebox and other surgical schemes. In November he’ll take part in the Medsin National Conference 2016: Inspiring Change: Glasgow's Call to Action.

Dr Jill Morrison, MVLS Dean for Learning and Teaching, nominated Fergus for the HE Award. She told Campus eNews: "Fergus deserves this commendation because he has been a highly effective and tireless chairman of the Board of Trustees. He is also hardworking medical student who has found time to make significant contributions to representing students, volunteering and charitable fundraising. He is an inspiration and a credit to the College of MVLS".