The MSc in International Relations provides a rigorous grounding in the study of international relations, politics, and development. It will equip you with the knowledge of methodologies appropriate to such study.

Drawing on a range of different disciplinary approaches – from Political Science, International Relations, Area Studies, and Economic and Social History – the MSc in International Relations will survey the major contemporary challenges in world politics.  In particular, it will focus on relations between state and non-state actors in the context of a globalized and interdependent world.

The programme will also provide research training that will encompass both research skills and methodologies.

The programme will conclude with a dissertation. This focused piece of work will permit you to develop your own ideas and demonstrate your capacity for original thought; while also building on the themes and issues covered in the full range of courses.

The programme provides you with:

As a graduate you will possess the knowledge and understanding to:

The degree programme is delivered over two years of full-time study and courses are delivered by both Universities.

Possible University of Glasgow delivered courses may include:

About the School of Social and Political Sciences

The School of Social and Political Sciences at the University of Glasgow brings together academic faculty from Politics, Sociology, Economic and Social History and Central and East European Studies.

You will have the benefit of learning from leading faculty from across these subject areas. We are ranked as a UK leader in political studies, with particular strengths in comparative international politics, political theory, politics and media, and European politics. Our teaching is consistently ranked among the best in the University.

To apply as a student of Chinese Nationality:

To apply as a student of non Chinese Nationality:

Please apply through the International Office of Nankai University, which can be contacted at: 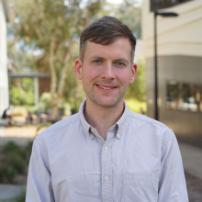 My first book was published with Manchester University Press in 2021.

Haitao Huang is a lecturer in International Relations at the Zhou Enlai School of Government at Nankai University.

He was a short-term visiting scholar at the University of Glasgow in 2012 and is one of the translators of Roger Pierce’s Research Methods in Politics: A Practical Guide (Chongqing University Press) – due for publication. He received his PhD in political science from Nankai University in 2009.

His methodological research focus began in multilevel modelling, including the development of an approach to combine individual and aggregate data to assess individual and area variations in social, political and health variables. Recently, he has been interested in developing multilevel approaches to include the social networks of individuals in a multilevel model framework. He has further extended these approaches to assess changes over time in these variations. These methodological developments highlight his general interest in understanding social population structure from a geographical, organisational, network, and temporal perspective.

Another of his recent research interests is the application of the Relational Event Model (REM) to assess persistence and reciprocity of social interactions over time, as well as the use of the REM for model-based approaches to the analysis of sequences, such as the life course, and its association with the health and well-being of people in later life.

He has published in a range of substantive and methodological journals including those focusing on sociology, social networks, health, human geography and statistics. He has honorary senior and professorial positions at the Universities of Stirling (UK), Wollongong (Australia) and USI (Switzerland). He has also taught a range of statistical methods courses at various levels in the UK and internationally to academic and non-academic audiences, and supervised PhD students to completion for a range of topics in the social and political sciences.

He leads the Glasgow Quantitative Methods Group (GQMG), which promotes the interdisciplinary use of quantitative methods in research & teaching.

Before coming to Glasgow, he lectured in International Relations at La Trobe University in Melbourne, where, in 2012-2013, he held a Discovery Early Career Fellowship awarded by the Australian Research Council.

His research activity has been mostly concerned with the Politics and International Relations of post-Soviet Central Asia, with particular reference to Kazakhstan and Turkmenistan - the region's main energy exporters.

In his doctoral studies, he analysed in details the dynamics of decision-making in one of the world’s most obscure political systems, namely post-Soviet Turkmenistan.  His first book, Turkmenistan’s Foreign Policy – Positive Neutrality and the Consolidation of the Turkmen regime (Routledge 2008), represented the first book-length account of Turkmen foreign policy published in Western languages.

His current research agenda is focused on two main areas:

He contributes regularly to the international debate on Central Asian Affairs. He is a regular writer for Open Democracy Russia, and he is frequently interviewed in the Central Asia-focused podcasts organised by Radio Free Europe/Radio Liberty. Recently, he has been quoted in The Economist, the Financial Times, The Guardian, Foreign Policy, and The New Republic.

Together with his CEES colleagues Prof Terry Cox and Prof David Smith, he edits the journal Europe-Asia Studies.

He is the director of the consortium delivering the Erasmus Mundus International Master in Central & East European, Russian and Eurasian Studies, which will receive, between 2018 and 2022, a €3.1 million grant awarded by the European Commission. 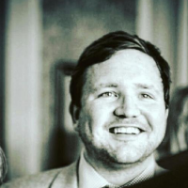 Dr Christopher Miller holds the post of Lecturer in Global Economy in the Economic and Social History subject area, University of Glasgow. Chris joined Glasgow, and the Centre for Business History in Scotland, in July 2016.

He holds degrees from the University of Oxford (Balliol College) and the University of Glasgow, completing his PhD here in January 2015 on the political economy of armaments manufacturing, jointly between the Centre for Business History and the Scottish Centre for War Studies.

Prior to returning to Glasgow, Chris held a pre-doctoral fellowship in International Security Studies at Yale University, and most recently was lecturer in modern history at the University of Tuebingen, Germany.

Xinghua Liu is an Associate Professor in the Department of International Relations in the Zhou Enlai School of Government at Nankai University where he gained his PhD in 2009.

He studied in the Department of Government at Cornell University in New York from 2007-08, sponsored by the China Scholarship Council. His research and teaching focus on international relations in Asia Pacific, diplomacy, international norms, globalization and regionalization.

Dr Liu is currently working on a research program on the Internet and national soft power, which is sponsored by the National Social Science Foundation.

Feng Liu is an Associate Professor and Vice-Chair of the Department of International Relations at the Zhou Enlai School of Government at Nankai University.

His research interests focus on international relations theory and international security in general and specifically in the evolution of realist thought, the Balance of Power theory, alliance politics, great-power politics after the Cold War, and East Asian security. He is also the editor of The Chinese Journal of International Politics.