Founded in 1451, the University of Glasgow is the fourth-oldest university in the English-speaking world. Over the last five centuries, it has fostered the talents of seven Nobel Laureates, one prime Minister and Scotland’s inaugural First Minister.

Glasgow’s distinguished history of teaching politics began in the 1760s, when Adam Smith gave a series of lectures on justice, police, revenue and arms at the University. Over the past few years, Politics has reorganised its focus and its traditional strengths in political theory and comparative politics have been expanded to include international relations, human rights, and political communication. 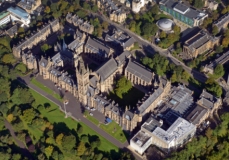 The University of Glasgow:

The University of Glasgow: Study with Style