The University of Glasgow has a long tradition in the study of Latin America and has many Latin American students among both its current student body and its alumni. The university was home to one of the five Parry Centres for Latin American Area Studies founded in 1966. Today research in Latin American Studies takes place across a number of disciplines and Schools within the university and is brought together by the Glasgow Latin American Research Network.

We are delighted to welcome the Society for Latin American Studies, which was founded in 1964, and is one of the leading Latin American studies organizations in Europe.

SLAS programme (this will be available in the conference pack)

SLAS panels (this will be available in the conference pack)

We are delighted to announce that Professor Sonia Alvarez, University of Massachusetts Amherst, has agreed to be the keynote speaker at the SLAS 2017 conference in Glasgow. 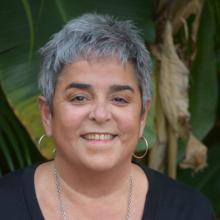 Professor Alvarez specializes in the study of social movements and protest politics, comparative and transnational feminisms, and Latin American politics and cultures, with a focus on Brazil and the Southern Cone.

A feminist, anti-racist and social justice intellectual-activist, she has participated in Latina/women of colour feminist movements in the US, as well as solidarity movements, alter-globablization organizing, and other transnational activist efforts. Since the 1980s, she been connected with feminist and women’s movements in Brazil, Latin America, and globally, while conducting research on and with them.

Her recent (co-edited) books include Translocalities/Translocalidades: Feminist Politics of Translation in the Latin/a Américas; and Beyond Civil Society Agenda: Activism, Participation, and Protest in Latin America (in press). She published a number journal articles and book chapters, many written collaboratively, and in Portuguese and Spanish, as well as English, on topics including movements, feminism politics, NGOs, civil society, transnational activism, and democratization.

Her current work focuses on the “sidestreaming” of feminist ideas and practices into parallel social movements, the dynamics of feminist discursive fields of action and activist assemblages, and the (mis)encounters of feminism and anti-racism in Brazil. That work forms part of a larger book project entitled Feminisms in Movement, under contract with Duke University Press. She is presently engaged in research on women/gender/sexuality in contemporary protest and, with Barbara Cruikshank, co-coordinate an international research-action network on the global politics of protest in the 2010s, "Comparative and Transnational Perspectives on Protest."

You can join SLAS before you register to qualify for the discounted rates for members. 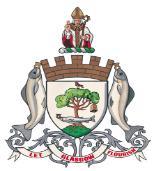