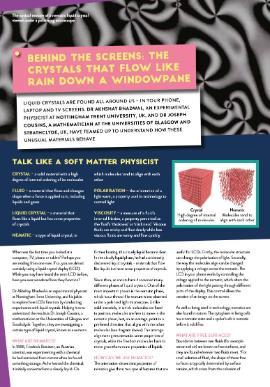 The interface between a liquid and air is called a free surface, and its shape is determined by a balance between the surface tension of the interface (which acts like the tension in the skin of a kid's balloon) and how the molecules of the water interact with those of the solid container (called the "wettability"). Everyday phenomena arising from the interplay between these effects are the curved meniscus which forms on the edge of a glass of water, and the ability of a water-boatman insect to sit on the surface of a pond. An important phenomenon for many practical and industrial settings, ranging from rain on a window or windscreen to industrial coating processes, is how and when a thin layer of fluid breaks up into small rivulets, or a larger rivulet breaks up into smaller rivulets. This seemingly everyday problem exhibits fascinating and complex behaviour which depends in a complicated manner on an array of parameters, including the fluid volume, the slope of the substrate and the wettability, as well as the inherent properties of the liquid (such as density and viscosity).

In this project we will explore, understand, and then actively manipulate, the free surface shapes that can be adopted by a flowing liquid, in the size range from tens of microns (1/100th of a millimetre) to millimetre scales.But rather than using water, we will use nematic liquid crystals, which are complex liquids with viscosities dependent on the speed and direction of the flow compared to the orientation of the elongated molecules that make up this type of liquid. Nematic liquid crystals are the crucial component of the Liquid Crystal Displays (LCDs) in your mobile phone, laptop scren and television. Exerting control of the orientation of the molecules will itself have a profound influence on the manner of flow. 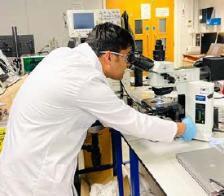 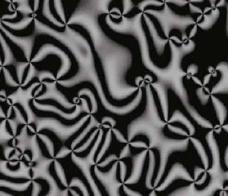 Although fascinating from a fundamental scientific point of view, this work will also have considerable impact in a number of application areas. Progress beyond the current LCD technology, that would enable innovation in flow-enhancement and microfluidic applications, requires an improved fundamental scientific understanding of the dynamic interactions between all of the above effects as well as the effects of flow-induced alignment, defect textures, and free surfaces in flowing nematic liquid crystals. In this multidisciplinary project, we hope that new understanding in physics and mathematical modelling will lead to advances in new liquid crystal technologies that use free-surface effects.