In 2020, I received the Royal Historical Society UK Innovation in Teaching Award. Since 2019, I've been a Fellow of the RHS, Visiting Fellow at the British Library & Founder/Co-director of the Arts interdisciplinary Games & Gaming Research Lab (GGLab) at Glasgow University.

I am PI for funded projects on educational/research gaming, including Access to Wargaming in Education (AWARE), Gamestorm, Tempest, and the Glasgow Wargaming Initiative (GWI).

I have lectured at Glasgow since 2015, convening courses in American History, War Studies, Games History, and Intelligence/Security, receiving Teaching Excellence Awards in 2018 from the University & the College of Arts. My teaching has also included British/French Imperial History & Modern European Socio-cultural History.

I have articles in areas ranging from the cinematic legacies of nuclear testing to rethinking intelligence gathering during the Cromwellian Protectorate.

I am very happy to supervise on topics in American and British, Political, Military, Technological and Sociocultural History in the Modern Era, including in . I have also supervised topics on different areas of Early Modern History, with one interest being Cromwellian intelligence gathering.

My current broad areas of interest include:

•Nuclear technology (civil and military) – including nuclear colonialism, weapons testing, popular culture/filmic representations, intelligence, and memorialisation
•History of Space and Spaceflight
•Games and Gaming - including the use of history in games (whether physical or electronic), wargaming, game culture, the history of games/gaming, the uses of games in learning
•Political, military and sociocultural impacts of conflict
•Strategy (political, military or otherwise) - including elections, political coverage, minority government and coalitions

I have previously supervised on a wide range of dissertation subjects at Undergraduate and Postgraduate Masters level, including:

I previously gave lectures/seminars to the MLitt in War Studies and Global Security Core Courses on the subject of:

I previously taught the Honours courses:

I have also previously taught lectures/seminars on:

I have been Convener of EMWIP Early Modern Research Seminar Series at Glasgow since 2020.

I have been Social Media Officer for the Scottish centre for War Studies since December 2017: @UofGWarstudies 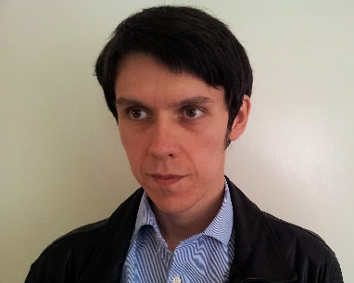