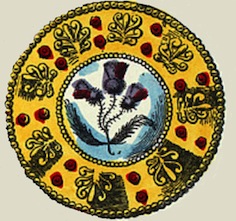 We welcome the submission of:

In the last few decades, scholarly perceptions of the relationship between Enlightenment and Romanticism have been revised in a number of ways, to the extent that a narrative of continuity has largely replaced an older picture of rupture and antagonism. This is especially evident in the following fields: romantic affect,  sensibility and gender; the aesthetics of the sublime and beautiful; conversation and romantic sociability; antiquarianism and historiography; periodicals and the history of the book; race and ethnicity; popular culture and the ballad revival (the list is far from exhaustive).  At the same time the period categories ‘Enlightenment’ and ‘Romanticism’ have themselves been opened up to a more pluralistic and contextualised understanding. The rise of a ‘four nation’ approach to Romanticism has questioned an older ‘centre and periphery’ model of cultural production, devolving canonical notions of ‘English literature’ and underlining a more nuanced sense of national and regional location. By extension, this has important consequences for thinking about nationalism in Europe and the wider world, as well as transnational and colonial networks, ethnic diasporas, migration and slavery: why was the ‘British Empire’ never the ‘English Empire’?  It is with a view to encouraging conference papers addressing these and other related themes that we have chosen the title of ‘Enlightenment, Romanticism & Nation’.

The conference seeks to address two specific areas: first, the relationship between the Scottish Enlightenment and Romanticism (British, American, European etc); and second, the study of Scottish, Irish, and Welsh literature in relation to their distinct national cultures, and to the overarching claims of ‘Britishness’. Regarding the first area, we ask what are the relative claims of Scottish thinkers and literati like Hume, Smith, Blair, Reid, Beattie and Stewart, compared, say, to French and German influences, upon Romantic literature and criticism? This might focus on associationism and Common Sense philosophy versus Transcendentalism, or ‘rhetoric and belles lettres’ criticism in relation to the claims of Germano-Coleridgean theories of imagination, amplifying recent debates about the complex conceptual and philosophical issues that energised the scene of writing in the long eighteenth-century.

With regard to the second area, the editors of Scotland and the Borders of Romanticism have recently taken issue with a common twentieth-century view of Scottish writing as ‘stand[ing] for an inauthentic Romanticism, defined by a mystified – purely ideological – commitment to history and folklore’. (The same might be said of Irish or Welsh Romanticism). This criticism is cognate with a new body of research on Scott, Hogg, Baillie, Burns, Edgeworth, Owenson, Moore, Iolo Morganwg (inter alia, but the new importance of women writers is notable even in the abbreviated list) that has begun to redress the tendency of post-1945 criticism to focus exclusively on the ‘big six’ of Blake, Wordsworth, Coleridge, Shelley, Byron and Keats. Equally, recent work in the field has highlighted the means by which distinctive systems of cultural production in Britain and Ireland produced diverse articulations of Romantic literature and thought, emphasizing the role that national public spheres have played in Scotland, England, Ireland and Wales and complicating the cultural history of the Romantic period projected by the post-war Anglo-American academy. The conference hopes to continue and deepen these debates, and move outwards from the particular case of Anglo/Scottish literary negotiations to a broader consideration of regional, national and trans-national issues, under the aegis of ‘Enlightenment, Romanticism & Nation’.

We hope that our rubric is broad enough to encompass the work of scholars researching across the whole range of Romantic literature, while at the same time highlighting our Scottish location, and the particular research grouping of Glasgow’s School of Critical Studies. Glasgow University was a key centre of the Scottish Enlightenment and today has an international reputation in both Enlightenment and Romantic studies, with the latter currently being taught at all levels in the School. Glasgow’s active community of academic staff and graduate students working in the area of Romanticism will provide a congenial intellectual environment for this international conference. The School has recently run a postgraduate programme entitled ‘Enlightenment, Romanticism, & Nation’, convened by Prof Leask, and is also home to the Centre for Robert Burns Studies, as well as being the institutional base for the new Oxford Collected Works of Robert Burns, General Editor Dr Gerard Carruthers. In 2011 the School will launch The Edinburgh Companion to Scottish Romanticism, edited by Professor Murray Pittock. As the proud host of next summer’s 12th International Biennial Conference of the British Association for Romantic Studies, Glasgow and its ancient university’s College of Arts remains committed, now as in the past, to bringing the world to Scotland and Scotland to the world.

We invite the submission of 250-word abstracts for twenty-minute papers that broadly address the above themes in twenty-first century Romantic studies, and that may address, but not be limited by, the following topics:

Other papers may address the following topics: