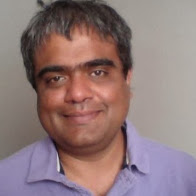 ‌Dean of Interdisciplinary and Impact, Social Sciences / Professor in Economics

‘Our research examines, both conceptually and empirically, the efficacy of novel interventions to alleviate poverty, deprivation and marginalisation.’

Professor Ghosal is a Professor of Economics and Dean of Interdisciplinary and Impact for the College of Social Sciences and the academic lead of the ESRC’s IAA grant. He coordinates the interdisciplinary research network Behaviour, Structure and Interventions at the University and is a member of ESRC’s Capability Committee.

He has a particular interest in modelling behavioural poverty traps; the psychological mechanisms through which the experience of poverty and marginalisation forms the beliefs, values and aspirations of those so affected and impact on their actions . Recent research has emphasized constraints internal to the person that also perpetuate poverty, for example learned helplessness, pessimistic beliefs and an external locus of control (see World Bank Development Report, “Mind, Behaviour and Society”, 2015). Unlike external constraints (such as lack of credit or insecure property rights), these internal constraints are endogenous because they adapt to the experience of chronic poverty. In his paper, “Poverty and Aspirations Failure, (with P. Dalton and A. Mani, Economic Journal, 2016), he develops a model where he shows how, over time they become an independent source of disadvantage for the poor and the marginalized.

Sayantan’s work has focused on inclusive development, an issue particularly relevant to India because of the incidence of economic and social disadvantage. Ongoing fieldwork in Kolkata (with A. Mani and S. Roy), documents the impact of ‘Dream Building’ sessions (pioneered by the Durbar Mahila Samanweya Committee) on a marginalised, stigmatized community of sex workers in Kolkata. The fieldwork documents arrange of positive impacts on a range of psychological measures (agency, confidence, happiness) as well as savings and health-seeking behaviour.

Find out more about Professor Ghosal.