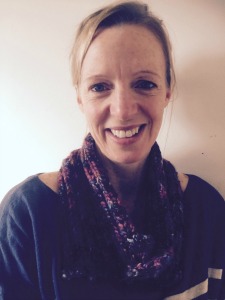 Nigeria recently surpassed India to become the country with the highest number of people living in extreme poverty: 87 million. Nigeria is oil rich and boasts Africa’s fastest growing economy. Yet six of its people fall into extreme poverty every minute.

This story isn’t unique to Nigeria. It’s echoed in other resource-rich countries like the Democratic Republic of Congo and Angola where an exploitative elite and multinational companies keep wealth from reaching the majority of citizens. By 2030, it’s estimated that 82% of the world’s poorest people will live in Africa.

This is the continent’s paradox: vast natural resources and mineral reserves alongside extreme poverty.

Historically, poverty has been predominantly dealt with as a lack of material resources or an income deprivation issue. Development work has focused on pushing resources to poor communities. Many have criticised the availability of “free money” though international aid, which they say has created a “dependency syndrome”, dishonest procurement and white elephant projects. Aid work has also been accused of fostering paternalism rather than partnership.

The reality is that poverty is about more than just money. If money alone were the solution, poverty would have ended: more than $50 billion was given as overseas development assistance to Africa in 2017 alone.

Without contextual knowledge, education and adaptation, foreign or imposed practices or resources cause new sets of problems. This is seen again and again across countries that depend on aid. For example, where food poverty was causing under-nutrition in parts of Malawi, financial aid has alleviated it. But that problem is quickly being replaced by diabetes and hypertension – because of a narrow financial solution to a complex problem.

We argue that tackling poverty requires a different focus, rather than just money. It requires partnerships and practices that promote learning, particularly in relation to cultural and self knowledge. Having communities identify their own problems, then collaborate to find solutions, is also crucial. Money has a role to play in partnerships, but projects shouldn’t default to depending solely on it.

Many of the factors that are blamed for contributing to poverty are not measurable in dollar terms or connected to income. These include people’s lack of choices, restriction of freedom, lack of skills, gender castes and barriers.

Understanding these issues and their complexities requires looking at poverty through a sustainability lens. This is a perspective that focuses on ethical and innovative ways to look at and use resources, share knowledge, and build community to affect positive change.

Our work with the Sustainable Futures in Africa Network has shown the importance of this lens. We’re an interdisciplinary collective of researchers, educators, and communities of practice that aims to build understanding, research, and practice in socio-ecological sustainability (which recognises the interconnection between social and ecological systems) in Africa.

A number of the community projects we work with are engaged in poverty reduction practices but don’t focus solely on generating income. These projects are driven by communities on their own with existing resources; they rely on their own abilities and efforts that are not externally funded.

One example is ECOaction, which works in a slum community on the outskirts of Kampala in Uganda. Residents largely rely on collecting and selling discarded plastic bottles collected from across the city for small amounts of money.

With no resource other than time and vision, residents have built a community hall from recycled water bottles and an urban garden that grows food for residents and a chicken farm. Colourful murals and sculpture can be found around every corner.

In Botswana, the Sustainable Futures in Africa team is working with a community in Mmadinare to develop a project that will protect their farm land from wild elephants. This will not rely on, or generate, external funding. But it will protect the farmers’ and the wild animals’ interests.

There are other ways to build strong sustainable communities without external financial resources. In Taba Padang, a village in Indonesia, sustainable community forestry is helping improve human wellbeing. There’s also Boomu African Village in Uganda, where a women’s group participates in eco-tourism and invests back into the community. They have built a nursery school and trained other residents in their village to get involved in eco-tourism.

Other self-reliance projects centre on health. For example in Lesotho, volunteers participate in community home-based health care and fill the gap in the community health care chain.

There is, of course, no one-size-fits-all solution that will end poverty. But aid in the form of donated money, from one place to another, is culturally, practically, and ethically problematic.

Money is not the currency of well-being, sustainability and community cohesion. More often, it’s a tool for influence and power dynamics that will favour the creditor. That’s why partnerships that rely on different types of resources and bring people together to design and act on context-relevant solutions can be such powerful drivers of change. That’s why for resource rich Africa, promoting self reliance would be key to eliminating poverty.

This article was co-authored by Dr Deepa Pullanikkatil, who recently completed a residency at the University of Glasgow funded by the Engineering and Physical Sciences Research Council, UK. She is the co-founder of Abundance (www.abundanceworldwide.org).

This article is republished from The Conversation under a Creative Commons license. Read the original article.