Since their beginnings in the early 1900s, mainstream Hollywood movies have been a perennially faithful barometer of gender norms and expectations for women, both reflecting and shaping the attitudes of U. S. culture as a whole. By the early 1930s, the vamps, flappers, and vixens of the 1920s began to fade from the screen along with the cult of youth and exuberant sexuality that pervaded movies such as It, Flaming Youth, and Our Dancing Daughters. In their place were women, no longer "girls," whose response to the catastrophic economic times of the Great Depression was to seize control of their lives and bodies by any means necessary, from the canny conniving, played for humor, of the golddigger to the intense, driven women fighting for survival played by two leading actresses at Warner Brothers, Barbara Stanwyck and Bette Davis.

Stanwyck's and Davis's careers spanned the early years of sound film through the television miniseries, yet in their career peak of the 1930s and 1940s, they epitomized women who would do whatever it took to survive in films such as Baby Face, Jezebel, and Double Indemnity as well as adaptations of fiction by writers such as Edna Ferber (So Big), Edith Wharton (The Old Maid), and Willa Cather (A Lost Lady). Their characters operating in survival mode mirrored the desperation of the real women who flocked to see the movies of Stanwyck and Davis, offering extreme solutions but also a sense of self-worth that countered cultural anxieties during the worst economic era of the twentieth century.

Katja May (University of Kent): “Legacies of Resistance: From Womanist Writers to Radical Quilters”

Katja May is a third-year PhD candidate and Graduate Teaching Assistant at the University of Kent. Her interdisciplinary research project examines practices of needlework as a form of politics within feminist activism. This research aims to gain further insight into the relationship between personal and social transformation, social movements, politics and the role of everyday practices on the level of affect, knowledge and the phenomenology of making. Katja is a passionate quilter and has organized multiple feminist craftivism workshops and the interdisciplinary conference ‘Emotional Politics – The Role of Affect in Social Movements and Organizing’.

Dr Kate Ballantyne is a Teaching Fellow in United States History at the University of Birmingham.  She received her PhD from the University of Cambridge in October 2017, and is revising her dissertation into a book manuscript on the subject she will discuss today.

Nick Batho is a third year PhD student at the University of Edinburgh. His interdisciplinary work examines children’s books amidst the educational upheavals and Black Power movement in New York City. His work looks at the impact of children’s books in schools and the ways in which they were used. He is also a research assistant for the ‘Our Bondage and Our Freedom’ project at the National Library.

Dr Bateson is the co-founder of the War Through Other Stuff Society and current Vice Chair of the Scottish Association for the Study of America. She obtained her PhD from the University of Edinburgh, where she researched the sentiments and culture of songs and music written by and about the Irish experience of the American Civil War (1861-1865). She studies the lyrical expressions and musical tunes of Irish American Civil War songs and their wider cultural impact on American musical traditions – the subject of her talk. Her research has been funded by the AHRC and several library fellowships in the UK and USA. She is currently completing her first monograph about Irish American Civil War songs.

Dr Cara Rodway ‘America Hobnobs at the Tourist Camp: Social Change and the Roadside in the Interwar Years’

As America’s love affair with the automobile took off in the 1920s, the lodging industry sought to cater to the motor trade.  New glamorous roadside spaces were planned which eventually fell victim to the changing economic climate.  What emerged instead was a buoyant motel sector.  Offering low-cost lodging options for migrants and tourists, and relatively easy money for farmers and other roadside businesses, cabin camps sprang up across the country, creating new spaces for commercial exchange and personal interaction.

Developing from the anti-modernist “auto-camping” vogue of the early 20th century, on the one hand, and traditions of hotel and inn-keeping on the other, this talk explores how the meanings bound up in previous forms of lodging played out in these new architectural and social spaces.  Drawing on trade and news publications, contemporary research by social scientists as well as first-hand accounts of the sector, this talk considers what impact the economic environment had on individuals’ understanding of quasi-domestic businesses that were nevertheless connected to transient communities: this was a successful sector at once supporting national myths of individualism and hard work, which was also aligned with potentially destabilizing patterns of personal and social mobility. Finally the talk asks what role class, race and gender played in the public understanding of these apparently simple and homely businesses which, nevertheless, found themselves in the public eye through the sensational reporting of criminal activities, such as the exploits of Bonnie and Clyde, and the perceived availability of camps for illicit behaviours, which led J. Edgar Hoover to declare war on ‘Camps of Crime’ by the end of the 1930s.

Dr Cara Rodway is the Deputy Head of the Eccles Centre for American Studies at the British Library.  She holds a PhD in American Studies from King’s College London.  Her research centres on twentieth-century US social history, popular culture, and the formation of identity.  Her doctoral thesis “Roadside Romance? The American Motel in Postwar Popular Culture” was an interdisciplinary project which examined the meaning of the conceptually and physically liminal motel space.  She is currently working on a new project on the re-appropriation of vaudeville as a trope in mid-century film musicals as well as exploring the early years of motel development. 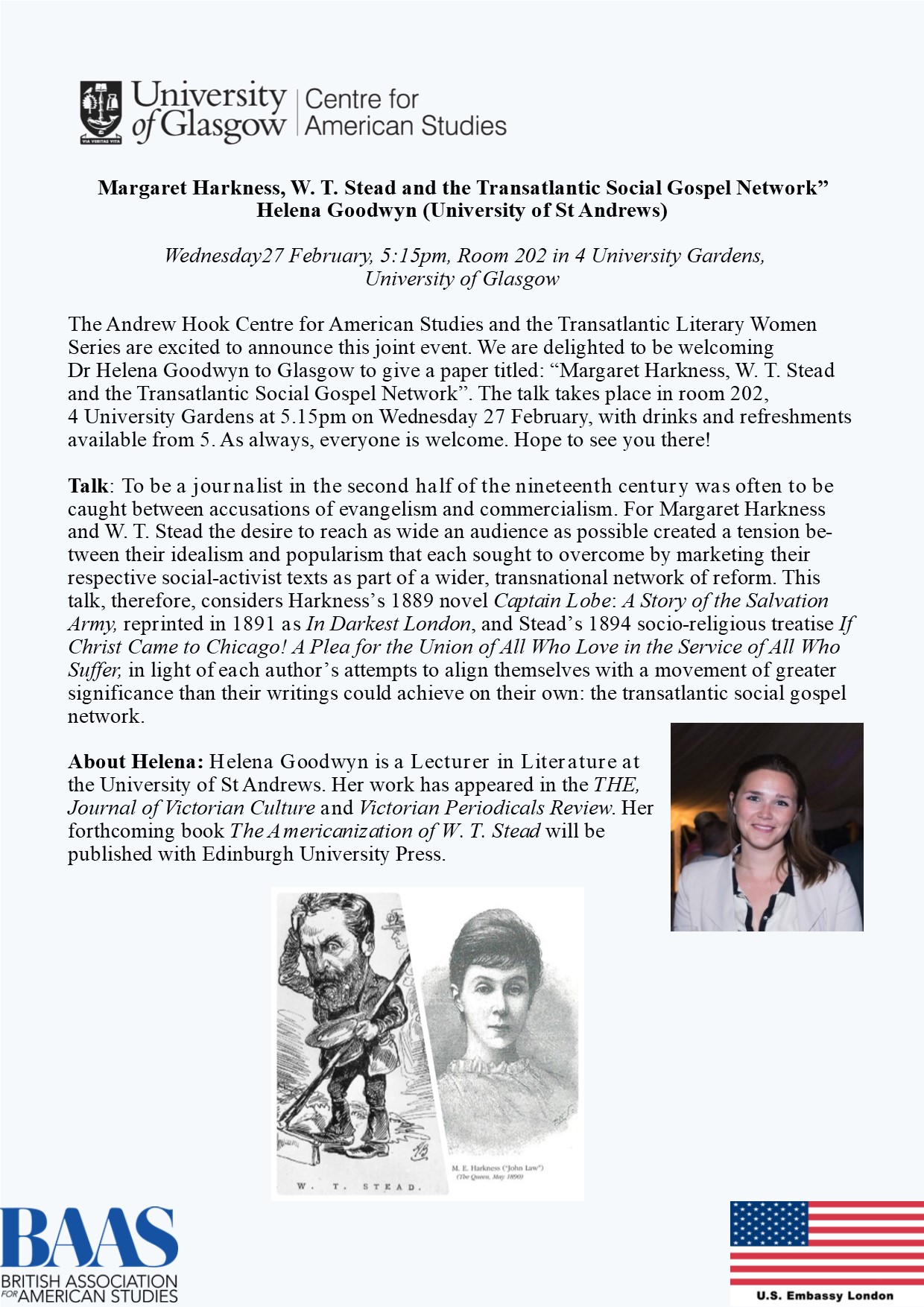 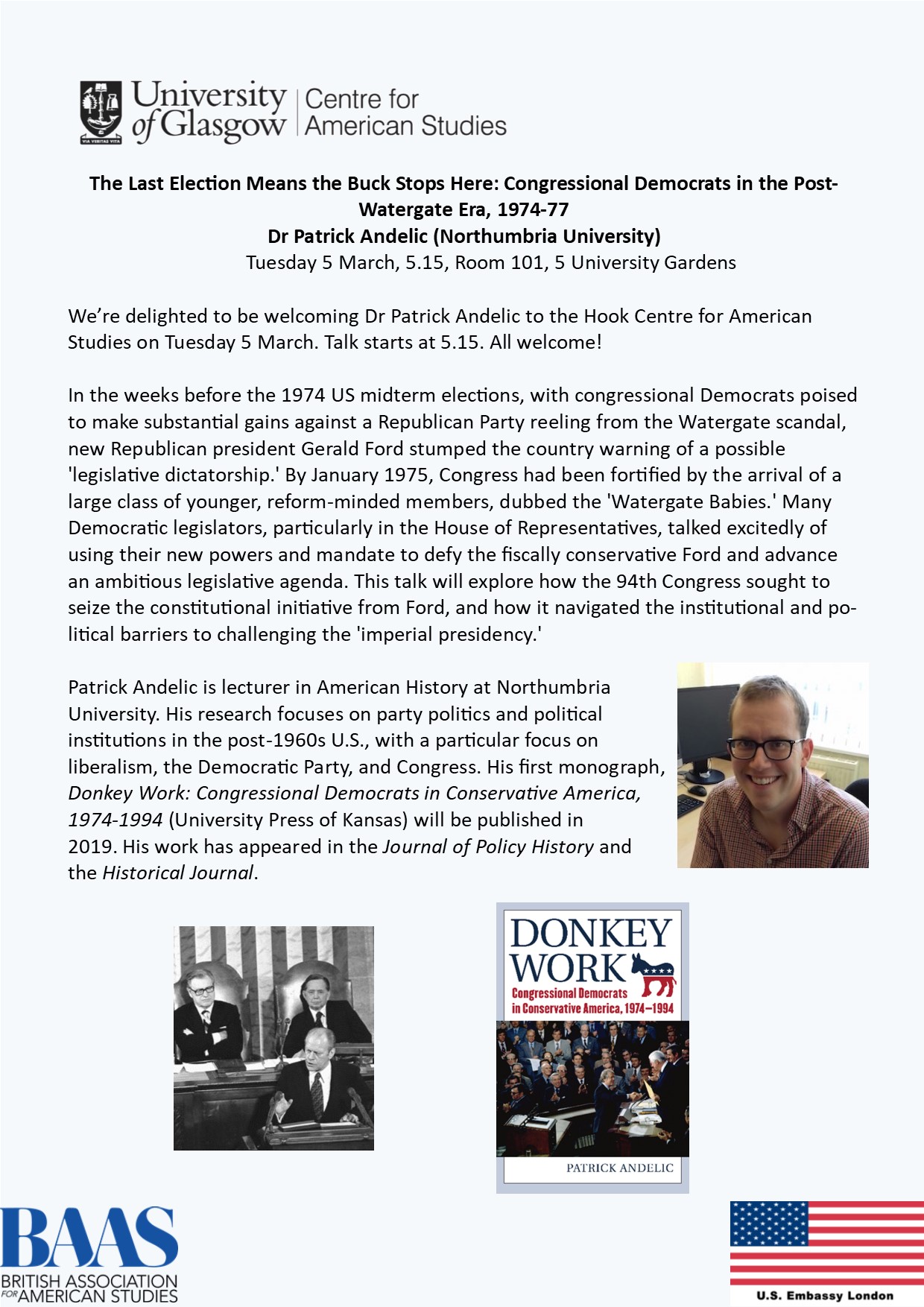