Drinking heavily is disproportionately harmful for the poorest in society, with a greater risk of dying or becoming ill due to alcohol consumption.

A new study, published today in The Lancet Public Health and led by the University of Glasgow has found that there is a marked link between socioeconomic status and the harm caused by drinking alcohol excessively. 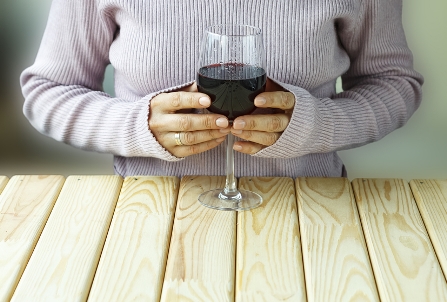 The study found that although increased consumption was associated with harm in all groups of people, it was disproportionately harmful for the poorest in society.

Harmful impacts of alcohol are higher in socioeconomically disadvantaged communities. However, until now it was unclear whether those increased harms were as a result of differences in drinking or as a result of other factors.

The authors found that moving into areas of high deprivation as a consequence of heavy drinking did not explain the findings.

Lead author of the study Dr Vittal Katikireddi, University of Glasgow, said: “Our study finds that the poorest in society are at greater risk of alcohol’s harmful impacts on health, but this is not because they are drinking more or more often binge drinking.

“Experiencing poverty may impact on health, not only through leading an unhealthy‌ lifestyle but also as a direct consequence of poor material circumstances and psychosocial stresses. Poverty may therefore reduce resilience to disease, predisposing people to greater health harms of alcohol.”

Study co-author Dr Elise Whitley, said: “Heavier drinking is associated with greater alcohol-related harm in all individuals. However, our study suggests that the harm is greater in those living in poorer areas or who have a lower income, fewer qualifications, or a manual occupation.”

The authors linked different sets of data to confidentially bring together information from the Scottish Health Surveys with electronic health records, studying more than 50,000 people.

This study suggests that even when other factors are accounted for, including smoking and obesity, living in deprived areas was consistently associated with higher alcohol-related harms.

The authors defined harm from alcohol consumption based on deaths, hospitalisations and prescriptions that were attributable to alcohol.

The study, “Socioeconomic status as an effect modifier of alcohol consumption and harm: analysis of linked cohort data”, is published in The Lancet Public Health.