Several University of Glasgow’s exemplar knowledge exchange projects have swept the board at this year’s Scottish Knowledge Exchange Awards, picking up three awards and one commendation at the ceremony in Edinburgh on 27th of February.

Professor Shireen Davies from the Institute of Molecular, Cell and Systems Biology picked up the award for ‘Multiparty Collaboration’ for her role leading the nEUROSTRESSPEP project, a €7M multiparty collaboration bringing eco-friendly alternative pest control a step closer to reality. This has led to the creation of a new Scottish, specialist environmentally friendly insecticides company - the first of its kind in the UK. 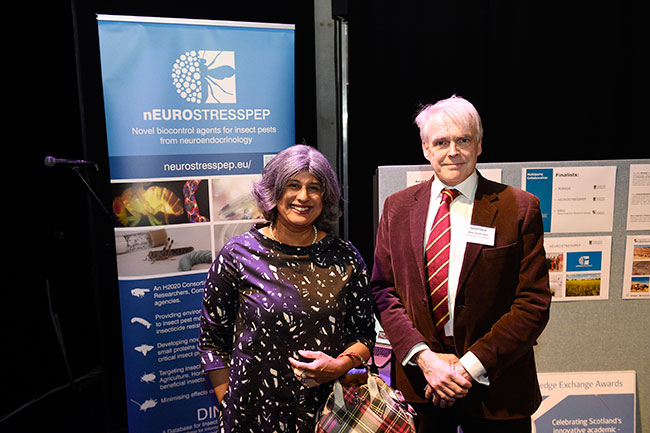 Connor Blair, a PhD student in the Institute of Cardiovascular & Medical Science, was awarded ‘Innovator of the Future.’ Connor is undertaking an Industrial Placement PhD with Portage Glasgow Ltd, a biotechnology start-up company, focusing on the discovery and development of novel cell-penetrating peptide therapeutics. Connor’s research has already led to two patents and he has been promoted to the role of Principal Scientist. 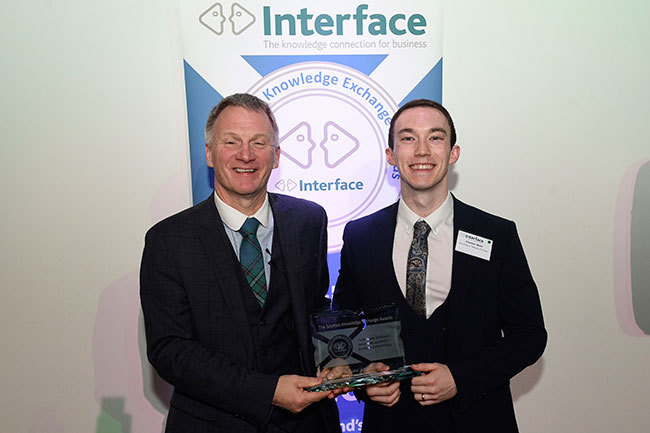 The ‘Making a Difference Award’ was awarded to Baltic Street Adventure Playground (BSAP), a Glasgow charity and child-led supervised adventure playground, who partnered with Professor Deidre Shaw, Dr Helen Traill, Dr Stephanie Anderson, Professor Robert McMaster and Professor Andrew Cumbers of the Adam Smith Business School to develop a community food hub in Dalmarnock, a neighbourhood that ranks in the top 5% highest rate of deprivation in Scotland. The collaboration, which is supported by Stage 2 Scottish Government/EU Social Innovation Funding, demonstrated both social and environmental impacts and has evaluated the sustainability of the food hub. 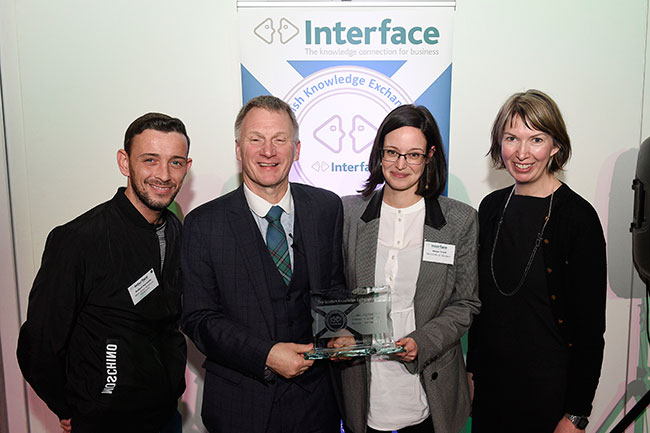 The winners were chosen by a specially selected panel of judges who were looking for academic-business collaborative projects that demonstrated innovation and transformation, as well as individuals who go above and beyond in their contribution to knowledge exchange.

Ivan McKee, MSP, Minister for Trade, Investment and Innovation, presented the awards. He said: “Not only do these awards celebrate activities and projects happening all over Scotland, they bring people together and create new collaborations and partnerships. Their innovation plays a crucial role in boosting productivity and creating sustainable economic growth for the country.”