Professor Roibeard (‘Robby’) Ó Maolalaigh has been re-appointed as Vice Principal and Head of the College of Arts and has agreed to continue in post for a further two years. 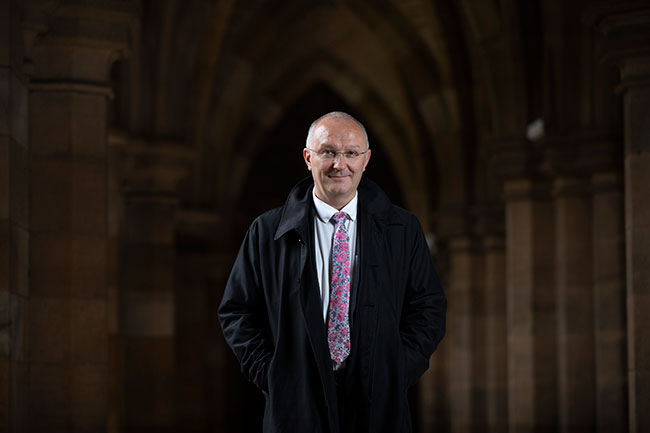 Professor Ó Maolalaigh is a prominent expert in Gaelic languages and linguistics and is Director of the British Academy recognised project DASG (Dachaigh airson Stòras na Gàidhlig / Digital Archive of Scottish Gaelic). During his time as VP and HoC, he has led as PI a number of externally funded projects that support the maintenance and vitality of the Gaelic language in Scotland, and has continued to publish on a wide variety of topics.

He is Chair of the international Advisory Board of the interuniversity project Faclair na Gàidhlig which is working towards compiling an ambitious historical dictionary of the Scottish Gaelic language along the lines of the Oxford English Dictionary and the Dictionary of the Scots Tongue. He is joint Chair of the Board of the Scottish Graduate School for Arts and Humanities, the first and only national graduate school of Arts and Humanities in the world.

Professor Ó Maolalaigh said: "I am delighted to be continuing as VP and Head of the College of Arts. The next two years will be crucial as we maintain momentum with our preparations for the REF and further develop teaching and research within the college. It is an absolute privilege to work with and to lead so many talented and dedicated colleagues."

The Principal, Professor Sir Anton Muscatelli, said, ‘Robby has not only been a highly successful Head of College of Arts, he has also been a great asset on the Senior Management Group. I am really pleased that he has decided to continue in his current role in what will be a critically important period for the University.’

Professor Ó Maolalaigh gained his BA Hons Degree in Irish and Mathematics at University College Dublin before undertaking a Masters postgraduate degree in the Gaelic languages and literatures of Ireland and Scotland, for which he was awarded the prestigious NUI Travelling Studentship which enabled him to carry out further postgraduate work in Scotland. He completed a PhD in Gaelic linguistics at the University of Edinburgh, where he was appointed to a lectureship in 1993.

He was made Assistant Professor at the School of Celtic Studies, Dublin Institute for Advanced Studies in 2001, and in 2005 was appointed to a personal chair in Gaelic at the University of Glasgow. Professor Ó Maolalaigh was Head of the Department of Celtic & Gaelic from 2007–2011 and in April 2010 was appointed to the inaugural established Chair of Gaelic at the University of Glasgow. He was Head of the School of Humanities / Sgoil nan Daonnachdan between 2012–14 and was appointed as Vice Principal and Head of the College of Arts in January 2015.