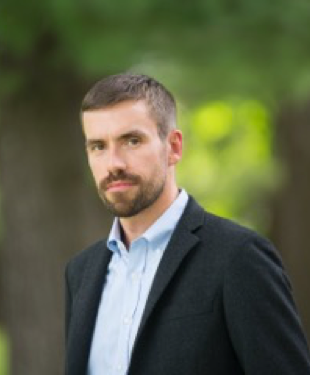 Research Fellow 2019 supported by the The William Lind Foundation

Michael Christopher Low is an Assistant Professor of History at Iowa State University. He specializes in Late Ottoman, Modern Middle Eastern, and Environmental histories. He received his Ph.D. from Columbia University in 2015 and is currently finishing a book manuscript, Imperial Mecca: The Ottoman Hijaz and the Indian Ocean Hajj (under contract with Columbia University Press). Drawing on Ottoman and British archival sources as well as published materials in Arabic and modern Turkish, Low’s project analyzes how the Hijaz and the steamship-era pilgrimage to Mecca simultaneously became objects of Ottoman modernization, global public health, international law, and inter-imperial competition during the late nineteenth and early twentieth centuries.

Low is also co-editor (with Lale Can, Kent Schull, and Robert Zens) of The Subjects of Ottoman International Law, which will be published by Indiana University Press in 2020. His articles have appeared in Comparative Studies in Society and History; Comparative Studies of South Asia, Africa and the Middle East; Environment and History; the International Journal of Middle East Studies; and the Journal of the Ottoman Turkish Studies Association.

Low is also working on several other projects in environmental and technological history, including Ottoman and Indian Ocean histories of cholera and public health, histories of energy and infrastructure in the Middle East, and the transnational history of desalination technology in the Arabian Peninsula and beyond.

His language training and research have been supported by the American Institute for Yemeni Studies; the David L. Boren National Security Education Program; the Institute of Turkish Studies; Columbia University’s Institute for Religion, Culture, and Public Life; Iowa State University’s Center for Excellence in the Arts and Humanities; and the Social Sciences and Humanities Research Council of Canada. In 2016, he was a Visiting Senior Fellow at Koç University’s Research Center for Anatolian Civilizations in Istanbul.

In 2016, Low’s article, “Ottoman Infrastructures of the Saudi Hydro-State: The Technopolitics of Pilgrimage and Potable Water in the Hijaz,” received the American Society for Environmental History’s Alice Hamilton article prize and the Comité International des Études Pré-Ottomanes et Ottomanes prize for the best article by an early-career scholar in pre-Ottoman or Ottoman studies.

I am extremely grateful for the generous support offered by William Lind Foundation and the University of Glasgow Library’s Visiting Research Fellowship. With the funding to explore the Mirrlees Waston Company archives, I will be able narrate the earliest history of the desalination technologies upon which the Arabian Peninsula and other arid lands across the world have become so deeply dependent. This funding will allow me to tell the story of how Britain’s Indian Ocean empire of coal and steam spawned a hydraulic revolution of carbon-intensive water production in the Middle East. Beyond its potential to contribute to local Glaswegian history, the history of the British Empire, or the Middle East, I believe that this story also holds tremendous potential to help us understand our ongoing addiction to fossil fuels and the unfolding crises of global climate change and environmental risk facing us all.