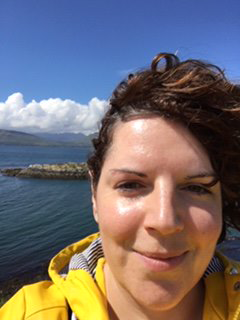 Ciaran McDonough is currently a Postdoctoral Researcher in History at the National University of Ireland, Galway. She was awarded a PhD by the same institution in 2017 for her thesis, titled Investigating Irish Antiquarianism: A Comparative Study of Protestant and Catholic Antiquarian Cultures, 1830-1876. Her work examines various aspects of nineteenth-century Irish antiquarian research, including links with Scottish antiquarians during the same period.

My project involves looking at the publication of nineteenth-century Gàidhlig learning aids and publications, especially those written by antiquarians. This will result in a comparative study of the material from Scotland with that of Ireland during the same time period. In the Irish context, the 1840s saw the publication of numerous Irish learning aids as a result of fears for the future of the language. I will compare and contrast this material to examine the format and content of similar learning aids for Gàidhlig; for example, in several of the Irish aids, examples of speech and texts dated no later than the seventeenth century and it would be interesting to see if there was anything similar in the Scottish material. I have posited that, in the nineteenth century, the Irish language needed to be ‘antiquarianised’, or linked with Old and Middle Irish in order for it to be deemed ‘civilised’ and unthreatening. This linking of Modern Irish with dead languages would also act as an impetus for increased measures to preserve it, which resulted in the move to the revival period.

The University of Glasgow Library Visiting Research Fellowship award will enable me to conduct research necessary for this project. The Library’s extensive holdings of Gàidhlig material provide the ideal environment in which to do this.