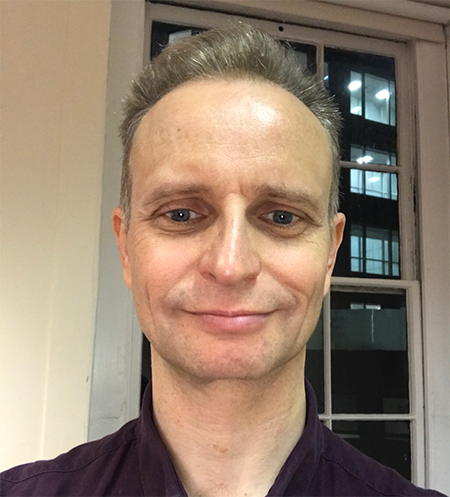 R. D. Laing in the USA, 1972 - and His Message to the Smartphone-Obsessed 21st Century - guest post on the Library blog by Dr Adrian Chapman

Laing, who died in 1989, was once the most famous psychiatrist in the world. While his star declined in the 1980s and 90s, there is renewed academic interest in him, very much fuelled by research coming out of the Laing archive at the university’s Special Collections department.

A recent film, Mad to be Normal, starring David Tenant as Laing, testifies to the wider appeal of the psychiatrist, whose ideas in some ways anticipate current initiatives in social psychiatry as well as interest in the spiritual possibilities of ‘breakdown’, yoga and mindfulness, and the therapeutic potential of psychedelics.

Dr Chapman is looking forward to renewing his work at Special Collections, where he carried out research in 2016 as a Wellcome Trust-funded Visiting Fellow in the university’s Medical Humanities Research Centre. Then his focus was principally on therapeutic communities established by R. D. Laing and others in 1960s and 70s London.

Three publications came from that research: an article on Kingsley Hall, a Laingian East London community, in The Journal of Medical Humanities; another article on Laing’s colleague, David Cooper (in Critical and Radical Social Work); and a short story about Laing’s idea of madness as a ‘voyage’ in Ars Medica. In addition, Dr Chapman gave talks on his work at the Kinning Place Complex, Glasgow; the Wellcome Collection, London; and University College London.

Now he is turning his attention to Laing as a speaker and a celebrity. “It might be difficult to imagine now”, he says, “but Laing was remarkably famous during the late 60s and early 70s—a rock star psychiatrist, we could say. The Visiting Research Fellowship award will enable me to examine in detail the documentary footage of Laing’s 1972 US lecture tour, and other lectures.

“I’m interested in how Laing, an incredibly charismatic figure, promoted his ideas and his books. I’m curious, too, to discover how the lectures can give us a fuller picture of Laing as a 60s icon.

“The research will contribute”, Dr Chapman says, “to a book I’m writing about Laing, radical psychiatry, culture and the 1960s.”

R. D. Laing in the USA, 1972 - and His Message to the Smartphone-Obsessed 21st Century - guest post on the Library blog by Dr Adrian Chapman