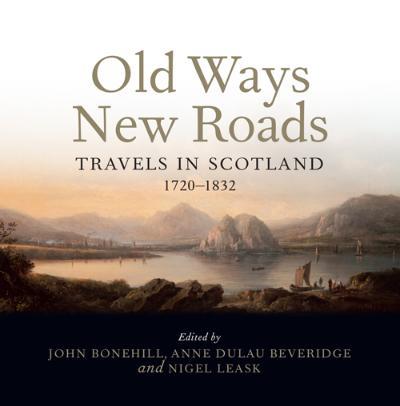 In 1725 an extensive military road and bridge-building programme was initiated by the British crown that would transform 18th-century Scotland. Aimed at pacifying some of her more inaccessible regions by linking up government forts and town to contain the Jacobite threat, General Wade's new roads were designed to replace the 'old ways' and 'tedious passages' through the glens and mountains.

Over the next few decades, the laying out of these routes opened up the country to soldiers, surveyors and commercial travellers. Increasingly after 1760, they were followed by artists, writers and leisure tourists who, eager to explore Scotland's antiquities, natural history and scenic landscapes, enthusiastically described their experiences in words and images.

Illustrated with over 200 artworks from public and private collections, the publication explores how from 1725 onwards, the Scottish landscape was variously documented, evaluated, planned and imagined in words and images. Providing a fascinating insight into the experience of travellers and tourists, it also considers how they impacted on the experience of the Scottish people themselves.

The publication is available to buy now from the University of Glasgow Online Shop. View the contents pages.

The online exhibition, Old Ways New Roads: Travels in Scotland 1720-1832, is currently being developed and will become accessible from The Hunterian website virtual exhibition pages.