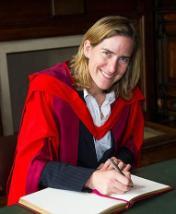 Members of the General Council are entitled to attend its twice-yearly meetings; they take place in January and June. Details of these meetings are appended to this page and also published in Avenue, the yearly magazine for alumni and friends of the University. Other graduate and alumni events can be found on the alumni webpages.

Meetings of the General Council

Meetings are held at half-yearly intervals. All General Council Members are entitled to attend, i.e. all graduates and academic staff of the University. Details of recent and future meetings can be found at the link opposite.

Notifications of meetings are also published in Avenue (the graduate and alumni magazine). Avenue magazine is issued digitally three times a year (in Spring, Summer and Winter), and in print and digital once a year (in Autumn).

Members of the General Council

All members of the General Council are subject to the Code of Practice on Unacceptable Behaviour. This Code sets out the University’s approach to dealing with behaviour it deems unacceptable. All students and staff, their representatives, and members of the public with whom the University communicates, are covered by this Code, including those engaged with one or more of the University’s other codes and procedures (e.g. Student Conduct, Complaints, Appeals or Fitness to Practise). Incidents of unacceptable behaviour are relatively infrequent, but where staff, students, or the work of the University are adversely affected, appropriate and relevant action will be taken. Details of the Code of practice can be found here.