The Mathematics of Soil 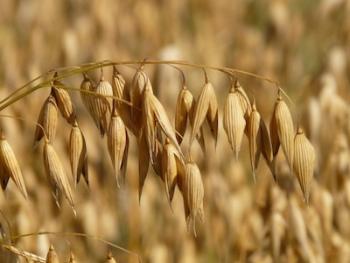 “If we want to address food and water insecurity, along with the climate, and biodiversity crises that are now playing out, we need to fix soil”, argues John Crawford, Professor in Strategy and Technology Management at the University of Glasgow. John’s interdisciplinary career began in astrophysics before he undertook postdoctoral projects in astronomy, and then moved into life sciences. John became interested in the environmental systems that relate to food and agriculture. Using his background in astrophysics and mathematics, John narrowed his focus to soil: “the mathematics of soil are similar to the mathematics of the universe, except harder – because soil is alive”. He analyses the structure of soil and the microbes, fungi and microorganisms that exist there in a complex architecture that enable air and water to coexist within the soil, giving it the ability to sustain the rest of life on Earth. This nutrient cycle within the soil, including the carbon it uses and stores for energy, supports every living thing on land, including us through agriculture. A question of food, climate, and biodiversity is fundamentally a question of soil.

Agriculture and the Nutrient Cycle

Intensive farming around the world has short-circuited the nutrient cycle in soil and robbed it of vital energy. The way agriculture has developed means that a lot is taken from soil, but we don’t put anything back. This loss of energy in the systems leads to degradation: 40% of the agricultural soils in the world are moderately or severely degraded. John explains that this has significant environmental impacts: “even moderately degraded soil holds on to half as much water as it should and the carbon that should be stored there is now in the atmosphere, contributing to climate change”. Given soil stores more carbon than all the plants, forests, and atmosphere combined, this is significant. Degrading soil also means we need to open up more land to grow food, and agriculture is by far the biggest cause of biodiversity loss. Insecurities around water and food supplies, the climate, and biodiversity are therefore interlinked. To fix one, we have to fix the other.

Over the past couple of years, John has been working with public, private and NGO stakeholders in agriculture, digital technology, and data to find a solution to these interlinked

problems. He says the food system is “broken across the whole value chain”. At one end it degrades the environment and the ecological processes that food production depends on. At the other end, our diets are now the leading cause of chronic disease worldwide. John notes that while technology will play a big role in fixing this cycle going forwards, our dietary choices play a role of equal magnitude. Working with the World Economic Forum under its 100 Million Farmers Platform, John has been focusing on small-holder farmers in parts of the world most effected by climate change. This work helps them transform agriculture and their rural economies, so food production becomes nature-positive, carbon neutral, low input, and more profitable. Crucially, John says that “technology and diet both need to be oriented towards ‘one health’ ”. These whole-system changes lead towards food self-sufficiency, better health and wellbeing, and can reduce the environmental footprint of agriculture – a win win.

As a local case study, John has been exploring the Scottish food system. Working with stakeholders in Scotland, he has been thinking about how we can transform the Scottish landscape to address the climate and environment crisis, whilst also capitalising on important co-benefits. He established the Scotland Transition Lab, which focuses on food, health, and environment in the south and west of Scotland. The Lab is geared towards creating a more local food system that regenerates the environment, provides a solution to climate change, and creates a healthier diet that people want to eat. With colleagues in medicine at the University of Glasgow who have designed the New Scottish Diet (NSD), John is involved in a project to identify a sustainable pathway for the city of Glasgow called GALLANT. While it does not include food at the present, John hopes to link the Scotland Transition Lab to GALLANT through the NSD. This is something he hopes this Catalyst activity will contribute to. To create a sustainable, appealing Scottish diet that will address food and health inequalities, collaboration is essential.

Do you work in the Scottish food industry or have interests in Scottish food history? If you are interested in any of the aspects of food discussed here and would like to be involved in this Catalyst, get in touch by emailing Fraser Rowan at fraser.rowan@glasgow.ac.uk