The Issue of Scottish Bread 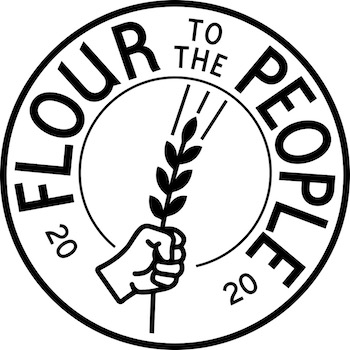 When Andrew Whitley moved to Scotland in 2010, he was shocked by “how supremely distant the Scotland bread and grain system is from its origins”. Andrew is chair of Scotland the Bread, a small community benefit society and charity spun off from his other initiative, Bread Matters. His personal and professional relationship with bread is longstanding. Andrew started The Village Bakery in Cumbria in 1976. It was when writing his first book, a cookbook and insight into the bread industry titled Bread Matters (2006), that Andrew fully realised that the state of the UK’s industrialised bread industry needed to be addressed. He wanted to “understand what had gone wrong with British bread, and why”.

Andrew is interested in the way the industrialisation of our food system over the past 150-200 years has changed what we eat, largely for the worse. He says that “changes in the food system – the grains that we grow, how we grow them, the way we mill them and turn them into bread” have contributed to bread that is less delicious and less nutritious. Industrial bread making processes involve the “deconstruction of natural ingredients” and “selected use of the least nutritious part of the grain, along with a cocktail of synthetic additives”. As a baker, Andrew noticed that customers were buying his bread because it did not trigger the same intolerances or physiological issues they experienced when eating mass-produced bread. These revelations became a call to action for Andrew, who started a Real Bread Campaign with Sustain in London in 2008. He believes that things can be different. Re-localising bread production so that “everyone is within walking distance of Real Bread” will benefit people, communities, and the biosphere. 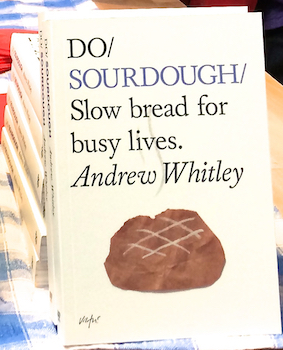 Bread and Grain in Scotland

On moving to Scotland in 2010, Andrew realised that despite annual production of around a million tonnes of wheat on the nation’s best land, little if any was being used directly to feed people. Instead of being used for bread production, this wheat is used for intensive animal production, for bioethanol so that it “feeds cars not people” and to make cheap alcohol. This leads to health problems for Scottish communities and the environment. Andrew notes that while the food system is very efficient in its own terms, it does little to support local public health. Change is often resisted by vested interests, but Scotland the Bread aims to “reconfigure the whole system”. Andrew seeks to encourage farmers to grow heritage grains and form new relationships of trust with millers, bakers, and communities. This will create a system that sustains the vitality of Scottish crops. Re-learning non-damaging baking and farming practices is a way to make delicious and healthy food for everyone.

The Importance of History

The history of industrialised food is something Andrew thinks is crucial to changing things in the present. This is where he sees the value of the Catalyst. It’s not a case of “trying to turn the clock back”, he says, but rather of distributing resources fairly and sustainably. We can’t make progress towards a healthier and happier Scottish populace without first understanding the “long shadow of misuse and injustice” that hangs over food production and distribution. Food has always been political. Andrew thinks that lessons from history can be used to engage people, and perhaps even cause a bit of outrage about the way that industrialised, ultra-processed food benefits sellers, not citizens, and certainly not public health. Collaborations between academic researchers and food producers can therefore create an understanding of the past that motivates much-needed change in the present.

Back to Food Blog