An Interconnected Approach to Food 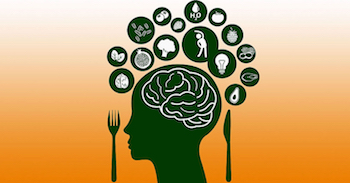 In historical and literary studies, food is typically considered as a representation of human interactions: something political, cultural, and social. Dr Manon Mathias, however, sees food differently. Rather than taking a human-centric approach to food’s significance within our lives, Manon sees food as an agent within a network of relationships that link the body and the mind, and then extends outwards to the environment and other living things. The food we eat connects us with the animals, plants, microbes, and soil around us as we digest it, and there it connects to the microbes in our bodies in a cyclical relationship that ties the human body to the world. Because food is significant to human and planetary health, understanding how that importance is cultivated and expressed in the past and present is vitally important.

A lecturer in French who came to the University of Glasgow in 2017 due to its extensive work in the field of medical humanities, Dr Mathias’s research centres on the literary form of the novel. She analyses how novels develop, shape, and communicate scientific methods and ideas in nineteenth-century France, and believes that literature has a unique power to influence people’s thinking: if we immerse ourselves in another world via storytelling, it can change our outlook. The dissemination of texts vastly increased over the course of the nineteenth-century, and in tandem with growing literacy, this meant more people were reading than ever before. In a French context, this occurred at the same time as the rise of gastronomy, and so popular gastronomic writing is a valuable resource for understanding historical perspectives of food. Manon is keen to investigate how Scotland and its food was represented in these culinary writings, given that perceptions of food influence both eating and purchasing decisions, and far wider attitudes towards health and wellbeing. 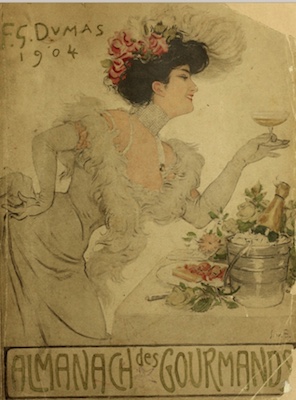 At a time where food is becoming more homogenised, Manon notes that one of the challenges to the industry is driving demand for Scottish food, particularly from small producers who will have felt the brunt of Brexit and the COVID-19 pandemic. This is where she thinks academic research can play a role: ‘If we can maximise the potential of the foods that are local, on a smaller-scale, by showing the origins of their ingredients or how they

were talked about in history, we can help to showcase the value of Scottish produce and drive people towards it’. Manon thinks that foods which have ties with heritage, authenticity, and tradition are increasingly valued and in demand because of the stories they tell. A challenge for researchers and producers alike is finding the connections between food and place. Food links our mouths and stomachs to our minds, and our physical and mental health to the environment around us. Paying more attention to food’s role in this network of relationships can therefore only benefit humans and the world we live in.

Do you work in the Scottish food industry or have interests in Scottish food history? If you are interested in any of the aspects of food discussed here and would like to be involved in this Catalyst, get in touch by emailing Fraser Rowan at fraser.rowan@glasgow.ac.uk 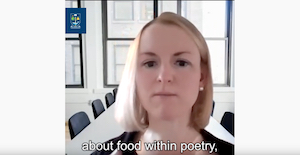 Back to Food Blog