The Food of the Clans 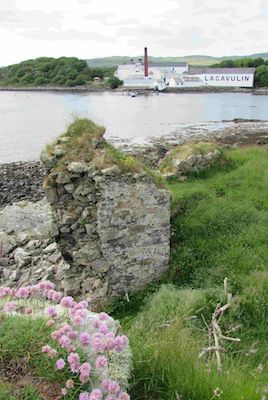 Historical documents show that food was central to the social life of clans in the Highlands of Scotland. Clan chiefs invited enemies and allies around for feasts of wine, spiced mutton, beef, venison, ale and aqua vitae (whisky). Over tables laden with food from Scotland and overseas deals would be struck, or justice carried out. Throughout his research into Gaelic-speaking Scotland between 1400 and 1760, Dr Aonghas MacCoinnich has noticed that food is ‘always in the background and on the margins’ of history. Whether it was the decadent feasts of the Scottish elites who imported wine from France and had orchards, or the herring and more modest fare that sustained the poor, food is a subtle but persistent presence and Aonghas believes that more can be done to illuminate the food of the clans.

Dr MacCoinnich’s research centres on several food-tangential areas: plantation, the fishing industry and its transformative effect on the Gàidhealtachd (the Highlands), the early development of the iron industry, and the cattle trade. This work has made it obvious that we could do more to understand the Early Modern diet in Scotland generally and more particularly in the Highlands. It was not just cattle, oats, and beer, but the wealthy were using spices like saffron and pepper as early as the sixteenth century. Fish were exported in exchange for wine, salt and no doubt other commodities. The diet of the poor is harder to uncover due to the lack of textual documentation, and Aonghas notes that archaeological expertise is needed to understand more about eating across the entire social spectrum. But what is clear is that food and feasting was a marker of social status, and a better understanding of Scotland’s culinary history can add another dimension to our interactions with heritage and create a more authentic tourism. 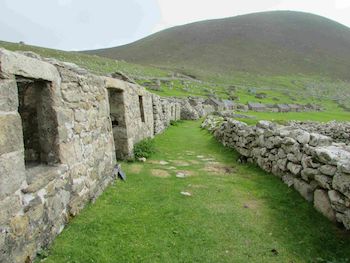 Research in the Community

Academic research into the history of Scottish food can do more than just increase our knowledge. Aonghas is of the opinion that building collaborations outside the academy can benefit communities throughout Scotland. His previous work with Glenmorangie, Wild Earth, BBC Radio nan Gàidheal and Comann Eachdraidh Nis has demonstrated how historical research into elements of local culture inform and enhance the tourist experience. Aonghas is involved in an upcoming Collaborative Doctoral Partnership between the University of Glasgow and Comann Eachdraidh Nis in the north of Lewis. The project considers historic seasonal migration of cattle heards to upland pastures in North Lewis, and Aonghas hopes this will lead to both positive results in the community, by reconnecting the community with neglected the upland areas, while also producing a strong academic research outcome. He notes that he is keen to develop wider links outside of academia wherever possible, and this is where the Catalyst activity will broaden academic horizons.

Historical information can bring new insights into Scottish cultural identity, but one of the key challenges in this area is making sure academic research actively benefits people within their local area. This is what Aonghas sees as vital to collaboration between research and Scottish communities. Uncovering the intricacies of how food was woven into the daily lives of people across Scotland can inform not just the field of food history, but Aonghas sees its potential to transform our relationship with sustainability and local produce. Whether it is food from a clan chief’s table or an Outer Hebridean delicacy, reconnecting us with our culinary heritage will strengthen cultural belonging and help to promote a more authentic reputation for Scotland.

Back to the Food Catalyst blog