‌A team of University of Glasgow archaeologists along with an UK artist worked with school children to create comic art based on a 5000 year old prehistoric rock-art site, the Cochno Stone.

Art work by the children and artist Hannah Sackett were displayed, accompanied by a public talk about the Cochno Stone, in Clydebank as part of the Being Human Festival 2017. 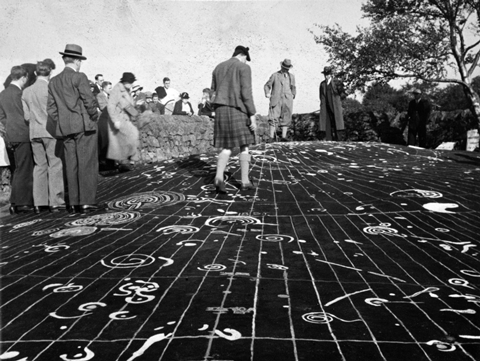 The Cochno Stone found in Faifley, West Dunbartonshire dates back to 3000BC and is considered to be one of the best examples of Neolithic cup-and-ring markings in Europe.

In 1937, archaeologist Ludovic Mann painted the rock-art panel in bright coloured oil-paints. He believed prehistoric people carved symbols on the rock to show how they predicted eclipses and so defeated the monster that ate the sun. Visitors flocked to the site and damaged the stone, so it was buried in 1965 to protect it. 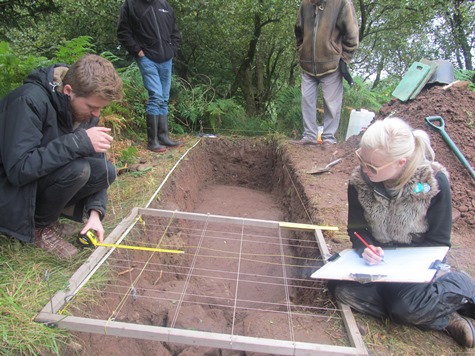 On November 23 to mark the 80th anniversary of Mann’s decoration of the Cochno Stone various events took place in Faifley. Artist Hannah Sackett designed and wrote a comic book about the Cochno Stone.

This comic was the inspiration for children from local school Edinbarnet Primary in West Dunbartonshire to design their own Cochno Stone comics during workshops that will run during the day. The comics will tell the story of Mann and the eclipse eating monster.

All of the children’s drawings, original artwork for Hannah Sackett’s comic and other images related to Mann and the excavations were displayed  at Skypoint in Faifley.

This event was part of a Being Human Festival series called “Finding Glasgow: Hidden secrets and lost meaning” being run through the University of Glasgow. Being Human is a festival of events across the UK celebrating arts and humanities research involving members of the public.