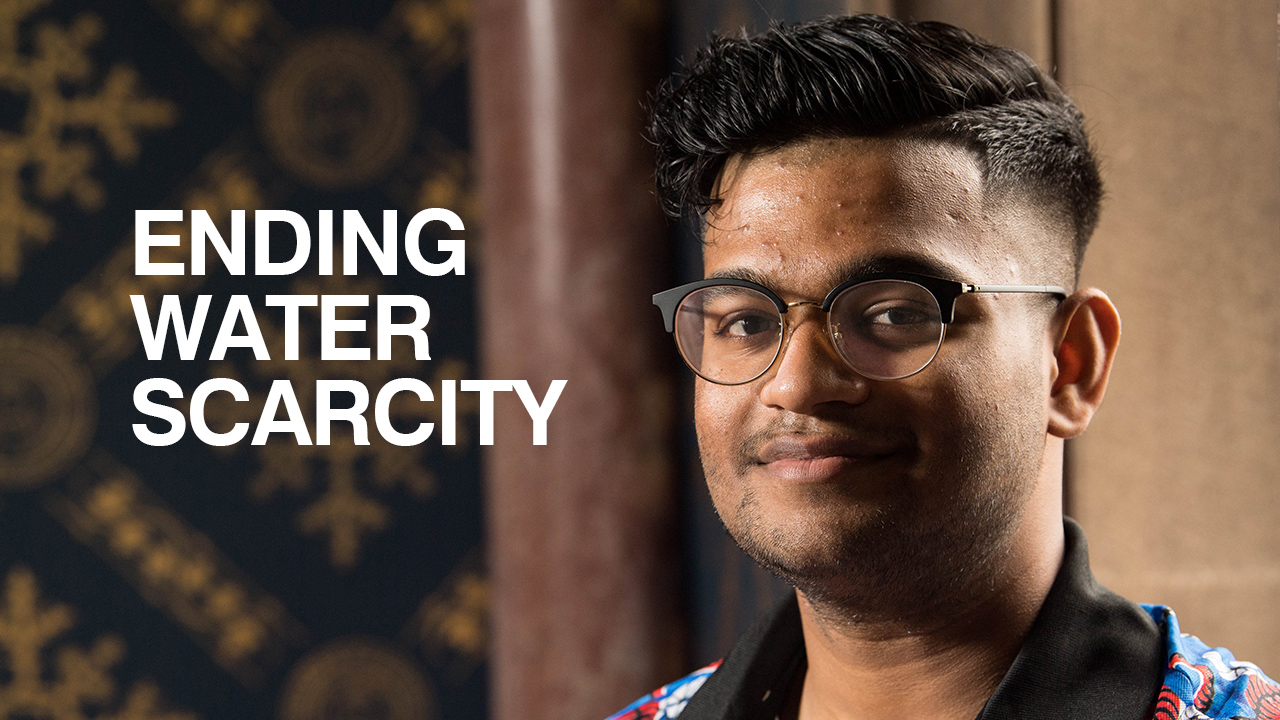 My name is Razeen and I am from Bangladesh, Dhaka. I’m pursuing a undergraduate degree in Mathematics & Statistics.

My ambition, which aligns with the 6th sustainable development goal of United Nations, is to eradicate water scarcity that affects 21 million people in Bangladesh.

A total of 71% of the Earth is covered with water bodies, but only 0.08% is available for human consumption. Recent research has shown that the cost of water production and purification has risen by 400% in comparison to other commodities in the last 3 decades and so has global demand by almost 48% due to pressure exerted by the industrial and agricultural sectors. Meanwhile, the USA and the UK are estimated to have lost 4.8 trillion litres of clean treated water, collectively worth $600 billion, as a result of pipe leakages and multiple factors. This lost quantity would be enough to support 20 million people for an entire year.

I led a social enterprise in Bangladesh called Footsteps from the age of 16, and it taught me a thing or two about leading through example. My philosophy of life has been heavily influenced by an enigmatic lady with a sickening work ethic – m y mother – who always put the needs of others first. Project Trishna – a venture of Footsteps which means “water” in Bangla – is now generating 3-6 million litres of water every year for almost 10,000 individuals in both urban and rural areas of Bangladesh. 75+ portable filters and counting have been set up throughout the nation in a bid to create clean accessible water for people from lower socio-economic backgrounds.

This laid down the foundational experience to launch an AI startup: Hydroquo. Hydroquo is gearing its effort to push the stagnating water industry and end global water scarcity. The project aims to use artificially intelligent algorithms reinforced with exabytes of data to make real time decisions for monitoring usage, leakage and purifying contaminated water bodies. The aim is to make water availability abundant in the years to come.