Dr. Mark Wong has been a Senior Lecturer (also known as, Associate Professor) in Public Policy & Research Methods at the University of Glasgow since 2022.

Mark's research focuses on digital society and policy, inequalities, and harms and bias of AI and data on Minoritised Ethnic communities. He is also an expert in social data science and Social Network Analysis (SNA).

Mark is part of the Urban Studies subject group (ranked joint-1st in the UK in the Research Excellence Framework [REF] 2014).

His research examines issues of equitable and inclusive AI/data, algorithmic harm, and racialised inequalities in data-driven transformation. He is leading innovation in participatory approaches in developing AI and algorithms, focusing on "ethical by design" and marginalised communities' participation in co-design.

Mark has been the Principal Investigator/Co-investigator of multiple interdisciplinary research projects funded by the UKRI, including the EPSRC, NERC, and ESRC, and other funding bodies, e.g.:

Mark has also served in several advisory roles for the Scottish Government, including for the National Performance Framework, and on mitigating issues of inequalities and systemic racism in data at a national level in Scotland. His work includes:

Mark also serves as the Deputy Theme Lead of the Advanced Research Centre (ARC), a University strategic initiative bringing together researchers across disciplines and sectors to enable transformational research. He is the Deputy Lead of the Creative Economies and Cultural Transformations Theme, contributing his expertise in inclusive and sustainable digital transformation.

Promoting sustainability and just transition to Net Zero, Mark was a co-investigator of the NERC-funded “Decarbonising Music Industry: A Survey on Music Fan Attitudes on Sustainability” project, promoting change in the music industry to address the climate emergency. He is also a co-investigator of the RSE-funded "Sustainable Screens Scotland" Network. He led a public engagement event in the UofG COP26 programme and the ESRC Festival of Social Science 2021, "SMART Climate Action: Inclusive Youth Engagement and Sensing & 5G Technology for Net Zero"

Mark is actively involved in leading interdisciplinary research and innovations. He is a Co-Investigator of the EPSRC-funded project, MultilayerALGS (£766K, 2020-23), and he's leading cutting-edge innovations in social data science. He leads the work package on co-designing new algorithms with computer scientists and mathematicians to study online social networks. This research seeks to understand online inequalities in new ways and develop solutions to mitigate algorithmic harm and inequalities among Minoritised Ethnic communities.

Mark was also awarded the ESRC Impact Acceleration Account User Engagement grant (£5K) as Principle Investigator for a short film project “What Data Means to You”. He partnered with the Crichton Trust, East and Southeast Asian Scotland, FinTech Scotland, and Nesta Scotland to explore public imaginings and lived realities of data, especially from marginalised voices in the community.

Mark won the School Teaching Excellence Award 2020, in recognition of his distinct contribution in enhancing student experience and using technology such as smartphone apps and Virtual Reality (VR) to promote active learning pedagogy.

In 2020-21, Mark served as the Co-Chair of the University Shadow Board, which contributes to the University strategy and Senior Management Group decision-making, and its aim is to influence change in the University through ideas, actions, and diverse voices.

In addition, Mark has co-convened the Scottish cross-institutional research network, Social Network Analysis in Scotland (SNAS) group for over 10 years. He has served as a member of the Editorial Advisory Board of the SAGE Doing Research Online.

He has been invited to be a peer reviewer for several national funding bodies, including the MRC/GCRF, the Dutch Research Council, and for top international academic journals, such as New Media and Society, Journal of Social Policy, Sociological Review, Social Network Analysis and Mining, and Information, Communication and Society.

He has also had success in winning funding in the ESRC supervisor-led PhD studentship competition (with Prof. Sharon Wright) for a project on "Young people's lived experiences of welfare conditionality over time".

Mark completed his PhD in Social Policy at the University of Edinburgh and his work explored the importance of technologies and online connections for disengaged young people (“hidden youth”) in Hong Kong and Scotland.

He has an active interest in the meaning and importance of online social networks and digital interactions for young people and marginalised communities. His research examines this issue in the global changing context dominated by precarity, and his work has contributed to new understandings of the lived experiences of young people, particularly how their lives have been impacted by technology in both positive and negative ways.

Mark has worked with several external partners, including providing consultancy for the Scottish Government in developing a new methodology for one of the National Indicators in the Scottish Government's National Performance Framework, a flagship policy measuring Scotland's outcomes against the UN Sustainable Development Goals, using Social Network Analysis (SNA).

He is a member of the Public Health Scotland's Scottish Migrant and Ethnic Health Research Strategy Group. He is also a policy advisor and member of several working groups in the Scottish Government, e.g. the Data & Intelligence Network, Primary Care Data, and Vaccination Ethnicity Data Collection.

Mark's research contributed to public awareness of the issue of "hidden youth", including through several news reports on his research in The Sunday Times, The Times Scotland, and BBC Radio Scotland. He was interviewed by the BBC Radio Scotland's prime national news programme, Good Morning Scotland, in May 2018.

In Mark's recent research, he argues online connections have become especially important for marginalised young people to feel socially connected. This research contributed to informing public understanding around online social networks and was reported in news media, including the Herald and Future Scot (published with the Times Scotland).

Mark also regularly provides interviews for international media outlets, such as the Vice UK, in which he discusses how rapid innovation in data and algorithms could deepen social inequalities.

Wong, M. (2019) Socially ‘Withdrawn’? Examining the Sociality of Young People ‘Hidden’ in the Bedroom in the Digital Age. Understanding the Social in a Digital Age Conference, Norwich, UK, 08 Jan 2019.

Wong, M. (2019) The Role of The Family Home and Digital Interactions in The Bedroom for “Hidden Youth". Journal of Youth Studies Conference: Youth Studies and the Challenges of Late Capitalism in a Globalised World, Newcastle, Australia, 02-04 Dec 2019.

Wong, M. (2019) Socially ‘Withdrawn’? Examining the Sociality of Young People ‘Hidden’ in the Bedroom in the Digital Age. Understanding the Social in a Digital Age Conference, Norwich, UK, 08 Jan 2019.

Wong, M. (2019) The Role of The Family Home and Digital Interactions in The Bedroom for “Hidden Youth". Journal of Youth Studies Conference: Youth Studies and the Challenges of Late Capitalism in a Globalised World, Newcastle, Australia, 02-04 Dec 2019.

Mark was the Undergraduate Convenor in Urban Studies in 2018-2021, and he was the Programme Director of the award-winning MA (Hons) in Social and Public Policy programme.

Mark successfully led the UG teaching team, which won the UK-wide Social Policy Association Outstanding Teaching Award 2020, and the programme was joint-first for Social Policy in the UK in NSS 2019 and 1st in the Complete University Guide Subject League Table 2022.

He is also one of the VR App Champions for Project Mobius, funded by Innovate UK (£1 million), in developing cutting-edge innovations in Virtual Reality (VR) in teaching and learning. He contributed in co-designing a new VR application and the co-development of a new VR platform for teaching, Edify, with industry partner Sublime and reached commericialisation in Feb 2021.

The "Data Landscape" VR lesson he co-developed allows learners to visualise data and learn about data analytics in a new immersive environment in VR.

Mark is a co-lead in a team in Urban Studies, which won two awards from the University Learning and Teaching Development Fund 2020 (LTDF, £6000) to explore embedding technology in active and blended learning as well as promoting feedback literacy.

He also previously served as the Deputy UG Convenor of the School of Social and Political Sciences (2019-2021) and was part of the School's Learning and Teaching Committee.

Mark served as the Academic Lead for a project in the College of Social Sciences Learning and Teaching Framework 2020-25, in "Transforming Assessment and Feedback". The project, funded by the College Dean of Leaning and Teaching Fund, served as an exemplary case of using technology to transform assessment and feedback practices in CoSS. He led the co-design of a new app, UniCom, to improve timeliness of feedback in active learning.

Mark was appointed to the University Learning and Teaching Committee's working group, Re-imagining Learning Encounters, and contributed to addressing challenges in learning and teaching in University of Glasgow during the COVID-19 pandemic as one of the College representatives.

Mark was an External Collaborator for a project funded by the European Research Council, "Medical Translation in the History of Genomics". He developed original applications of SNA methods and data linkage and developed a large open-access dataset (using Application Programming Interface and over 30 million automated API queries in R), to map networks of scientific collaborations from the 1980s to 2000s.

Mark was a member of the conference organising committee of the Lord Kelvin Adam Smith international symposium 2021 on Inclusive Digital Futures. 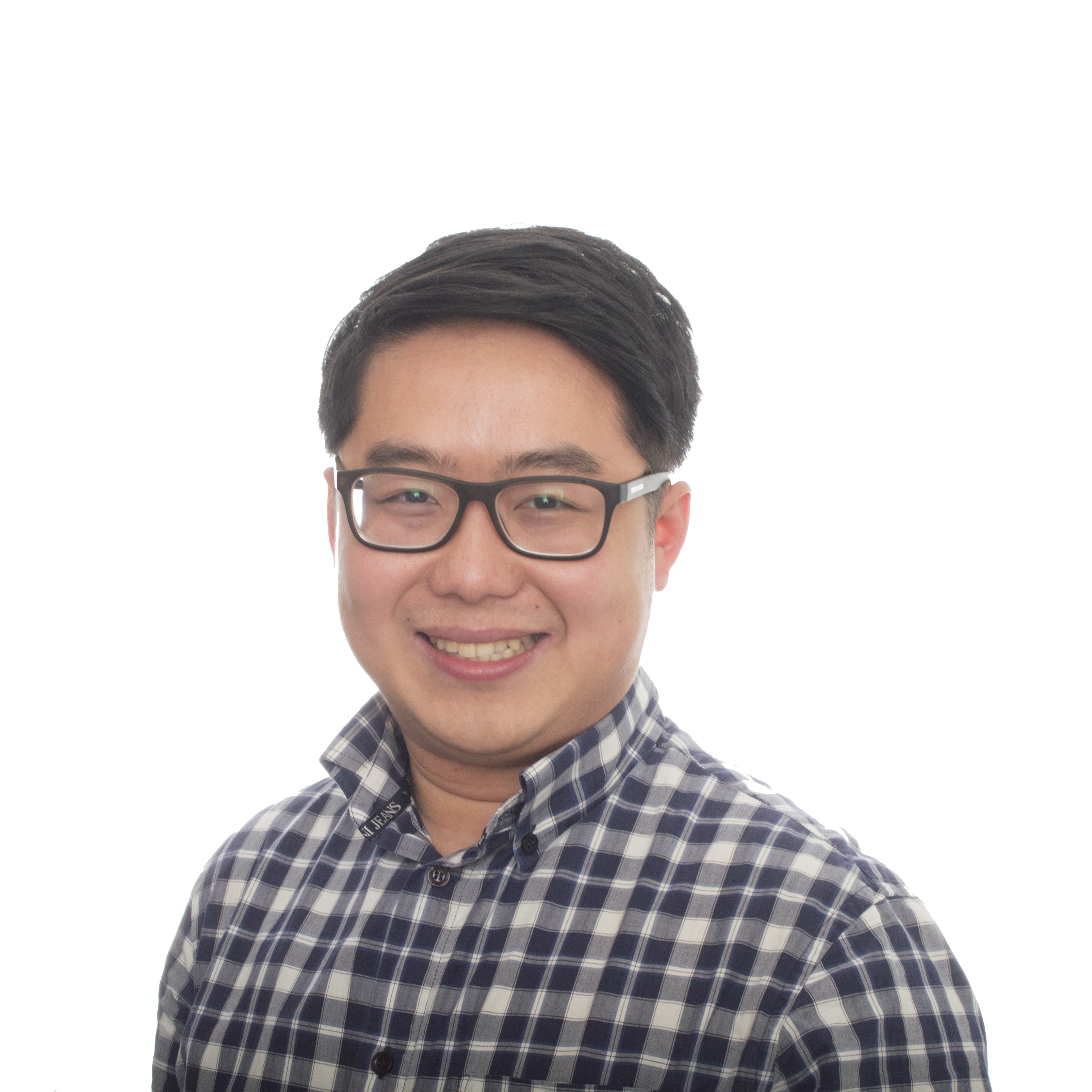