Jane Duckett is Edward Caird Chair of Politics and Director of the Scottish Centre for China Research at the University of Glasgow. She is a Fellow of the British Academy (2016), the Royal Society of Edinburgh (2019), and the Academy of Social Sciences (2019). She is also a Guest Professor at Nankai University (Tianjin, China). In 2012 she received the Lord Provost of Glasgow Education Award. From 2014–2017 she was President of the British Association for Chinese Studies.

Prof Duckett's early research on the Chinese state under market reform included a book-length study, The Entrepreneurial State in China (Routledge, 1998). Since then, her research has been concerned with Chinese public policy. She has argued through studies of social welfare, poverty, unemployment and health policies, that the politics behind them and their enormous redistributive consequences made them central to the Chinese state’s post-Mao marketising project. Her monograph, The Chinese State’s Retreat from Health: Policy and the Politics of Retrenchment (Routledge, hdbk 2011; pbk 2013) drew on comparative political theory to explain the Chinese state’s retrenchment in health care provision between the 1980s and 2003. She co-edited (with Beatriz Carrillo), China’s Changing Welfare Mix: Local Perspectives (Routledge, 2011), a book that investigated China’s evolving social welfare provision. She has also published papers on the Chinese media's reporting of health reform, on public participation in policymaking in China, on how health care provision contributes to the Chinese Communist Party regime's legitimacy and on the influence of international ideas on domestic Chinese policy making.

Her most recent project, 'COVID-19: Understanding the Chinese Government's Containment Measures and their Societal Impacts,' was funded by the UK's National Institute for Health Research and the Medical Research Council. Based on that project, she published an article (written together with Meixuan Chen and William Wang) on China's handling of the COVID-19 Pandemic, in The Conversation on 10 May, 2022.

Prof Duckett studied at Fudan University in Shanghai (1984–5 and 1987–8) and at Nankai University in Tianjin (1992–3). In the late 1980s she worked in the Shanghai office of the American law firm, Paul Weiss. She has also worked in China as a policy and social development consultant on a number of international aid projects. Her research has been funded by the Economic and Social Research Council, the Medical Research Council and National Institute for Health Research, The Leverhulme Trust, British Council, British Academy, and the European Commission.

Prof Duckett's research interests are in the redistributive consequences of China's health and social policies as well as in trying to understand policy making in this authoritarian political system.

Chinese Studies Strategic Change Grant (Associate Director of Universities of Edinburgh and Glasgow joint programme), Scottish Funding Council, £780,000 (of which £90,000 for own contribution), 2000–05.

'Economic Liberalisation and the Politics of Welfare Reform in Urban China', British Academy, £3,430, 1997.

'Economic Liberalisation and the Politics of Wefare Reform in Urban China', Faculty of Economic and Social Studies, University of Manchester, £3,290, 1996–7.

Jane is an experienced and enthusiastic supervisor. She welcomes enquiries and applications from students interested in doctoral research projects in contemporary Chinese government and public policy - e.g. health, education or anti-poverty policy. Applicants will need very good Chinese and English language skills, as well as training in contemporary Chinese studies or social science research. Jane's doctoral students benefit from a lively and welcoming research environment that includes the Scottish Centre for China Research.

'The Communist Party of China: internal reforms and legitimacy'. All-Party Parliamentary Group on China (Westminster, UK) on the CCP at 100, 15 June 2021 (online). 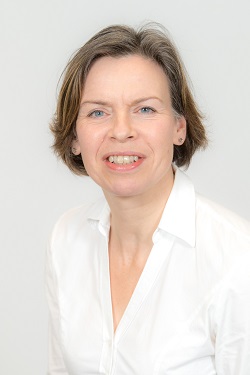