Today the School of Physics and Astronomy is full of pupils and teachers attending the annual Glasgow Particle Physics Masterclass.  Groups have come from 25 schools as far afield as Dundee, Edinburgh, and Dumfries and Galloway, as well as from the Glasgow area.

More than 1000 pupils have experienced the Masterclass since the current series began in 2009.  The organiser, Dr Aidan Robson, explained, “We have a large and active particle physics research group developing detector technology and analyzing data from the Large Hadron Collider at CERN, discovering and now measuring the Higgs boson, and working on future experiments like the Linear Collider.  The Masterclass is an opportunity for school pupils to be inspired by the large-scale collaborative research that we do.”

In the course of the day pupils hear lectures about collider physics, the Higgs boson discovery, and neutrino physics from experts in the field, and try their hand at analyzing real collider data and making measurements of fundamental properties of the electron.

Alison Murphy, a teacher from Edinburgh who has been bringing pupils to the Masterclass for several years, explained, “The students really enjoy hearing about cutting edge research from ‘real’ scientists; it gives them an insight into physics as a dynamic and evolving subject and it’s great for them to see the links between what they learn in the classroom and what is being done in places like CERN.  Being exposed to a university environment has also been incredibly valuable – especially for those who are likely to be the first in their family to go on to higher education.”

The Masterclass is part of a wider programme of public engagement in particle physics run by the School of Physics & Astronomy, which includes cloud chamber experiments for schools to do in the classroom, continuing professional development for teachers, and a CERN visit competition. 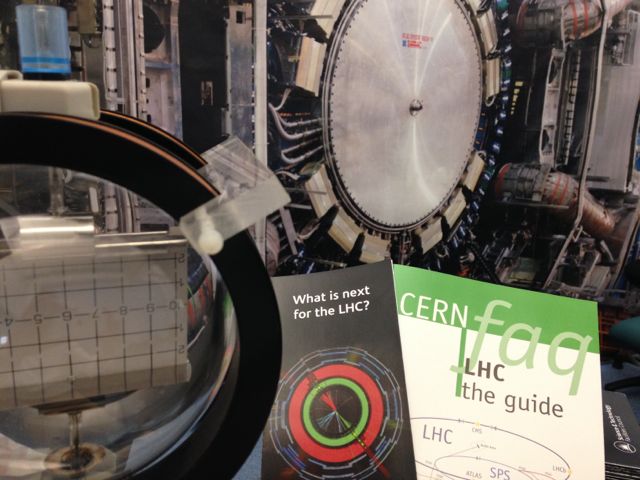